14 deaths could have been averted in Kinnaur: After the rescue, people narrated their ordeal; Due to the debate going on for passing, there were queues of vehicles, only then the rock fell. 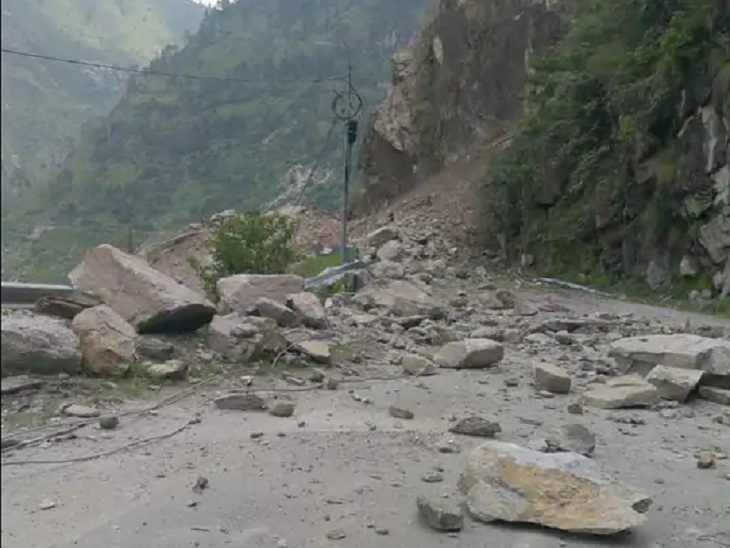 Several vehicles were buried under debris after rocks fell from above on National Highway 5 in Kinnaur’s Nigulsari on Wednesday afternoon.

In Himachal Pradesh, 14 people died in a tragic accident at Nigulsari in Kinnaur. The rescued people said that there was an argument between passers-by. Due to this there was a queue of vehicles. At that time small stones were falling. Had the vehicles left in time, the accident could have been avoided and so many lives would have been saved. On Wednesday afternoon, several vehicles were buried under the debris after rocks fell from above on National Highway 5.

Miscalculation was made in finding the bus
It was told that the arguing people ignored the stones falling from above. Then suddenly the rock fell. There has also been a mistake in finding the corporation’s bus from the soldiers engaged in relief and rescue work. Because when the search operation was started, it was believed that the bus could be under the debris on the road itself, but as the debris was removed, there was no sign of the bus.

Later it was found that the bus had fallen into the ditch along with the debris. The pieces of the bus were found in the ditch around 5 am on Thursday. People who reached the spot in search of their loved ones say that if the search operation was carried out even below the road, then everyone would have been found.

It is not easy to remove the rest of the dead bodies
The way the debris was removed from the road and thrown down the hill, there was no hope of anyone’s survival. At the same time, the bodies of some may have been buried under the rubble. In such a situation, now it will not be easy to get these dead bodies out of here.

Father’s body found, head not found
Lokendra Singh Vaidik, who exposed the rescue operation on the spot and criticized all the efforts of the government, wrote on his social media account that his father’s body was found, but the head was not found. He had alleged that the search operation from Shimla side started with a delay of 5 to 6 hours.