23 NDRF personnel were airlifted and sent to Lahaul Spiti: Air Force C-30 Hercules aircraft departed, NDRF will do rescue and relief work in the devastation caused by landslides 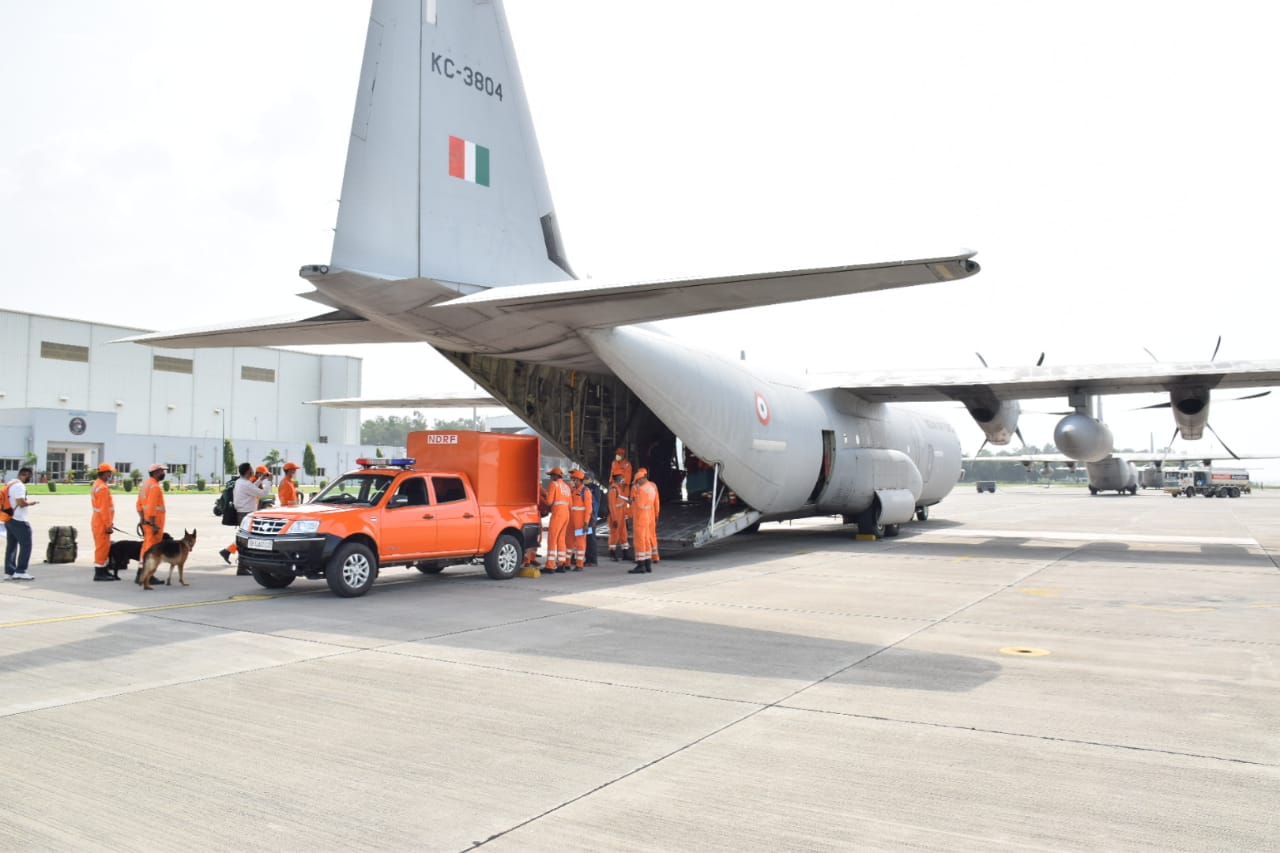 From Hindon airbase, 23 soldiers have been sent to Chandigarh by special Air Force aircraft, from there they will go to Lahaut Spiti and do rescue and relief work.

23 NDRF personnel have been airlifted from the Hindon airbase of the Air Force in Ghaziabad to Himachal Pradesh at 4.30 pm on Friday, where landslides have caused huge destruction. Heavy rains have caused landslides in Himachal Pradesh’s Lahaul-Spiti district. A 23-member team with CSSR, flood and rope rescue equipment was dispatched from NDRF eight-battalion Ghaziabad for relief work. This team reached Hindon airbase before the buses. From here, the NDRF team was sent to Chandigarh by a special flight of C-30 Hercules at 4.30 pm. The teams will be airlifted to Udaipur from Chandigarh by helicopter. At the same time, a team from seventh NDRF Bathinda will also be involved in this operation. Both the NDRF teams will undertake relief and rescue operations in the landslide-affected village Nalanda in Udaipur sub-division of Lahaul-Spiti district.

NDRF team has left with flood and rope rescue equipment.

There are five teams in Uttarakhand-Madhya Pradesh
NDRF Eight-Bathalian Ghaziabad Commandant PK Tiwari said that at present five teams from here are doing relief work in Uttarakhand, two teams in Shivpuri and Guna districts of Madhya Pradesh. They are working to take the people trapped in the floods to safe places. Now a team has been sent to Himachal Pradesh. Thus six teams are doing their work.

Three states, two districts are associated with Ghaziabad battalion
On 26 December 2005, the National Disaster Management Authority was formed on the basis of the Disaster Response Crisis Act. The National Disaster Response Force (NDRF) was formed on the basis of its plan, policies, guidelines. In 2006, NDRF was raised with eight battalions. At present it has a total of 12 battalions. Eighth Battalion is in Ghaziabad district of Uttar Pradesh. The states of Delhi, Haryana, Uttarakhand are attached to this battalion. Two districts of UP are also connected.

Amritsar stunned by the deaths from Corona: 7 people died in a day; Of these, 6 men, 5 of those who died are more than 70 years old.