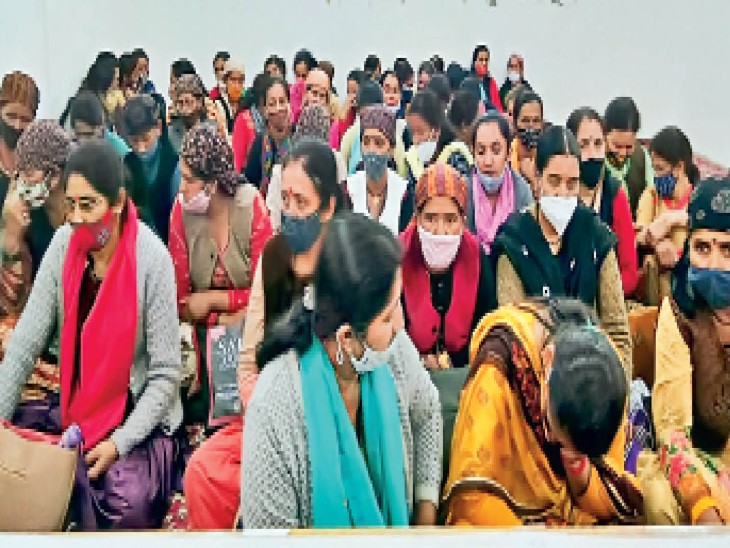 Women present in the conference of Anganwadi Workers and Helpers Union

Union’s state treasurer Himi Devi said that Anganwadi workers will organize a huge rally in Theog on September 21 to protest their demands. During this, the appointment of Anganwadi workers in pre-primary, eliminating the condition of 45 years in this appointment, validating the degree of any recognized university of India for supervisor appointment, on the basis of seniority, to immediately recruit in the supervisor of Matriculation and Graduation pass. , demanding the status of a government employee, salary on the lines of Haryana, raising the retirement age to 65 years and handing over the ICDS to Vedanta Company under the guise of making Nand Ghar, will agitate against the conspiracy of privatization and the nutrition tracker app. Newly appointed union president Asha Devi and general secretary Reena Devi have warned the central and state governments that if ICDS is privatized and Anganwadi workers are not declared regular employees, the agitation will intensify.