3 youths killed in road accident in Chamba: Alto car fell in Bhanera Khad due to deteriorating control; The three deceased had gone out for a walk, stayed at the relative’s house 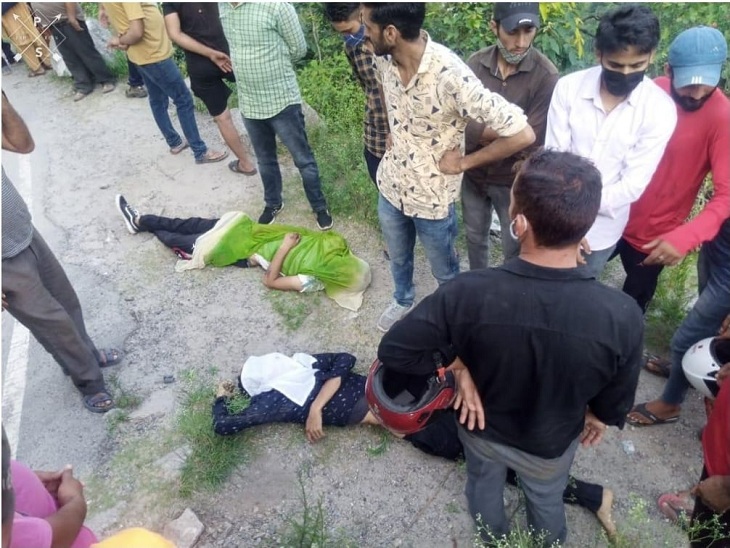 People taking out the bodies of the youths killed in the accident.

Three youths have died after their car fell into Bhanera Khad on Chamba Jot Road in Himachal Pradesh’s Chamba district. Police with the help of local people pulled out the dead bodies from the ditch. The bodies have been handed over to the relatives after conducting post-mortem at Chamba Medical College. Police have started investigation by registering a case. SP Chamba Arun Kumar has confirmed the accident.

The three youths had come to their relative’s house in Mangala. On Monday evening, he took his relative’s Alto car (HP 73-6374) and left for Mangla. But as soon as he reached near Bhanera with the car, suddenly the driver lost control of the car and the car fell into a straight ravine.

As soon as the accident was detected, the local people informed the police and launched a rescue operation. Police also reached the spot with the help of local people and pulled the dead bodies out of the ravine. The deceased have been identified as Atul Kumar son of Munshi Ram village Hananka post office Piyuhra, Manu Thakur son of Deshraj resident Piyuhra and the third deceased has been identified as Ravindra Kumar son of Bhatia resident Piyuhra.