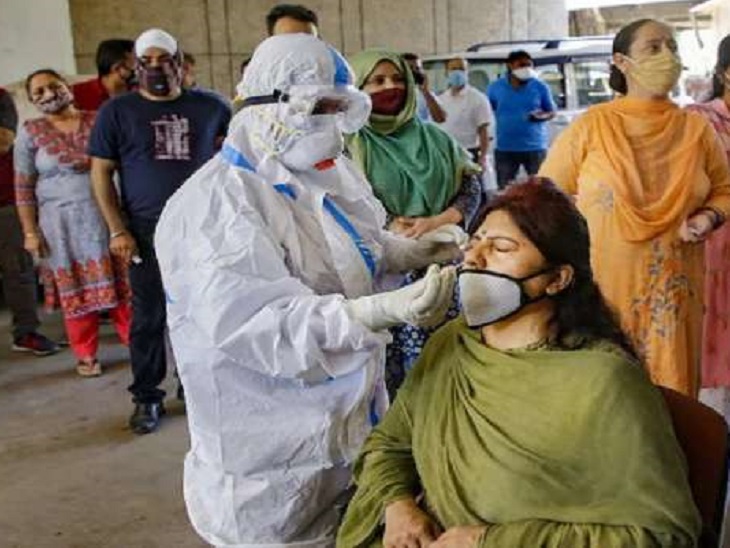 After the implementation of the election code of conduct in Punjab, the daily tests have crossed 35 thousand.

Corona has spread in Punjab before the assembly elections. This can be gauged from the fact that in two weeks the corona cases increased from 300 to 6 thousand daily. At the same time, now the death toll has also started increasing rapidly. On Thursday, 6 people died. Mohali has become a corona hotspot after Patiala in Punjab. Apart from these, Corona has gained uncontrollable speed in Amritsar, Ludhiana, Jalandhar and Bathinda.

The situation worsened in 13 districts

Deaths in 6 districts, 9 patients on ventilator

Corona has started becoming fatal in Punjab. On Thursday, 1 each patient died in Amritsar, Hoshiarpur, Ludhiana, Pathankot, Patiala and Mohali. Apart from this, 3 patients have been put on ventilator in Amritsar and Ludhiana, 2 in Faridkot and one in Patiala. At the same time, 55 patients were shifted to ICU. These include 15 patients from Amritsar, 24 from Ludhiana, 13 from Jalandhar and 1 each from Faridkot, Hoshiarpur and SBS Nagar.

The number of active patients in Punjab has gone up to 30 thousand 384. This is the situation when 2,330 patients were discharged from the hospital on Thursday. At the same time, 609 patients have reached life saving support. Of these, 460 are on oxygen support, 130 in ICU and 19 on ventilator. Seeing this situation, the death toll from corona in Punjab may increase in the coming days.