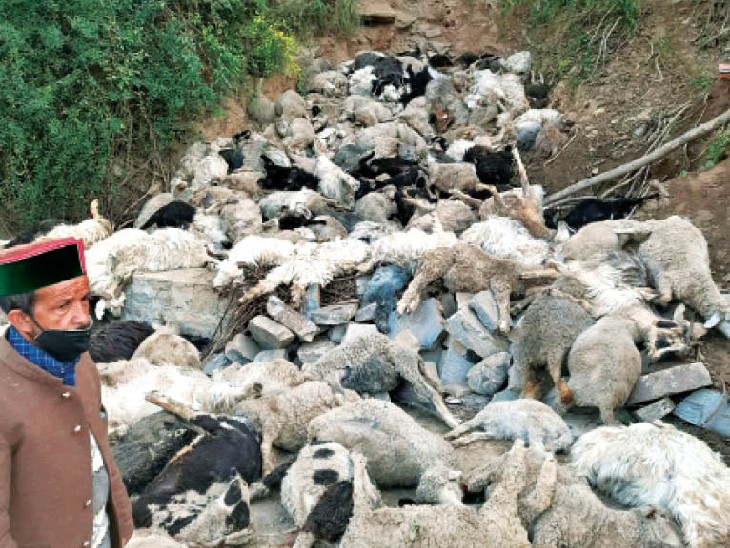 The administration of the accident has given one lakh rupees to the sheep farmers as immediate relief. Even after the death of 57 sheep and goats a week ago, the Public Works Department did not fix the accident site. Klavat is also being manufactured by Lonvi here. Due to which this road has become dangerous for sheep and goats.

21 Damage to sheep farmers
In this accident, the sheep of 21 sheep farmers have died, in which 10 sheep farmers were present on the spot. Out of these sheep farmers, 9 people are from Dhandharwadi and one is from Shiladesh. 11 others will be given immediate relief in a few days.