5 varieties will be exported: Himachali apple will soon make a splash in Qatar, Bahrain 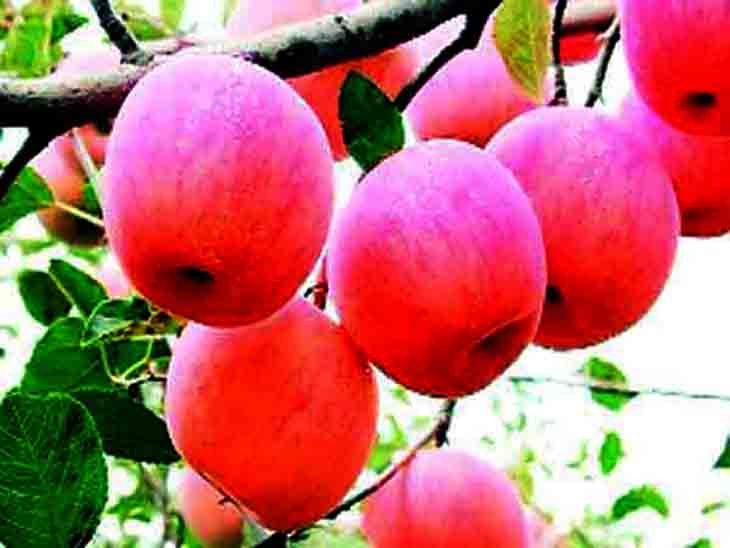 Qatar and Bahrain Himachali apple will soon make a splash. Five varieties of Himachali apples have been exported there which are kept in a super store Al Jazeera in Bahrain. An exporter from Kolkata transported this apple through APEDA which was displayed on the occasion of Independence Day.

It is believed that soon the demand will come to Himachal. Presently, five varieties of apples, including Royal, Golden, Red Willocks, Scarlet Spur and Dark Baron were exported to Gala. About 100 small boxes of apples were sent there. This apple has been sent through Agriculture Produce, Export Development Agency (APIDA), an agency of the Union Ministry of Commerce, which was for sampling. For the first time, it has also exported five varieties of Himachal apples to foreign countries through HPMC. These days apple season is going on in the state. Only early variety apple has come in the market. If there is a demand for Himachali apples from Qatar and Bahrain, then it can open a big business for HPMC. HPMC juices are also famous all over the country, which are in great demand. In such a situation, if there is a demand for the apples bought by him from the gardeners, then it will be a big deal.

Five varieties of Himachali apples were sent as samples to Qatar and Bahrain. The people there liked it. Demand is awaited, as soon as it is met, exports will be promoted. There is every hope that such efforts will be successful.
-Rajeshwar Goyal, MD, HPMC