50% increase in the prices of dry fruits in Shimla: Traders taking advantage of the crisis in Afghanistan, say – nothing for now, prices will increase further 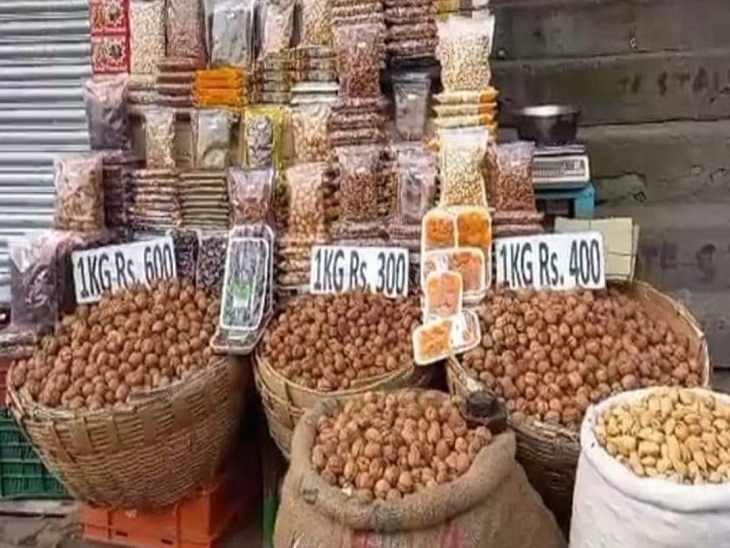 There was a sudden jump after 15 August

Sanjeev Thakur, who runs a dry fruit business in Shimla and general secretary of Vyapar Mandal Shimla, says that after the Taliban occupation of Afghanistan on August 15, there has been a sudden jump in the prices of dry fruits in India. In Shimla, an increase of 50 percent has been registered in their price. The almond which was earlier being sold for Rs 400 to 500 a kg, is now selling at Rs 850 to 900 a kg. Apart from this, there has also been a sudden jump in the prices of dates, figs, raisins, raisins, apricots, pistachios etc. With the kind of situation that has happened in Afghanistan, there is a possibility of further increase in their prices. It is expected that the prices of dry fruits will come down only after the festival season.

Local people of Shimla say that after this jump in the prices of dry fruits, now they have to buy dry fruits in small quantities. For the elderly and young children, they used to buy dry fruits on the basis of kg earlier, but now they have reduced the quantity to buy. People have demanded from the administration that the import of dry fruits which used to come here from Afghanistan may have been stopped, but the traders of Shimla are also selling the accumulated stock at double the price, which is directly affecting the general public. . Traders are putting a burden on the pockets of the general public by selling dry fruits at exorbitant prices to take advantage of the conflict in Afghanistan. He has demanded from the administration to instruct the shopkeepers to issue the rate list, so that the general public can get dry fruits at the right prices.