50 thousand women and children did free bus travel: After tying rakhi, people went out on a walk to enjoy Sunday, jammed on the roads 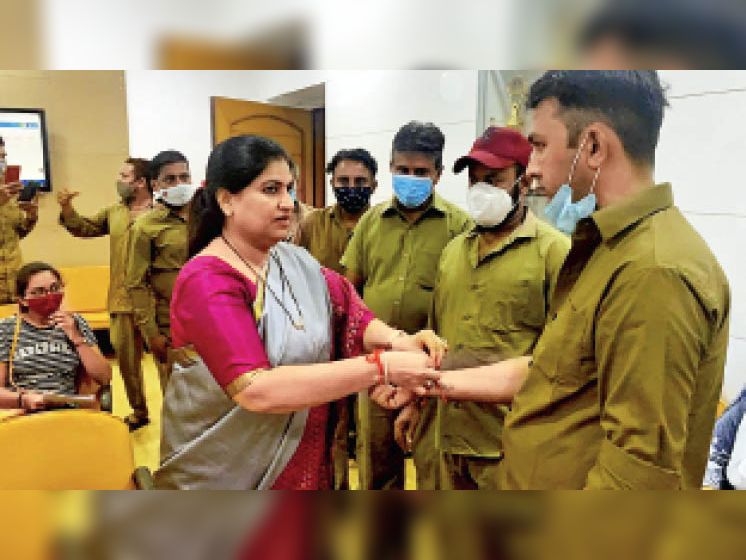 Mayor Hemali Boghawala tied rakhi to the sanitation workers in the Municipal Office.

This time Rakshabandhan became such a festival during the Corona period in which people came out of the house carelessly. There was a movement of sisters throughout the day to tie Rakhi to brothers. Being a Sunday, a large number of people went out for a walk. Fairs were held at places like temples, gardens etc. Sweets and Rakhi shops were crowded. According to an estimate, sweets and rakhis worth Rs 50 crore were sold in Surat and South Gujarat on Sunday. Along with this, the business of Garment, Chocolate, Dryfruit and Namkeen also reached 30 crores.

In the evening people went out to visit religious places with their families. Even after being the last day of Sawan, a large number of people came to visit the temples. The administration had also relaxed the strictness in view of the festival. Waiting was seen in hotels. Crowds of people were seen in the gardens.