7 arrested for murder of relationships in Mumbai: The entire neighborhood was upset by the actions of the husband, the wife along with her brother, sister and neighbors killed the car body in the house to hide 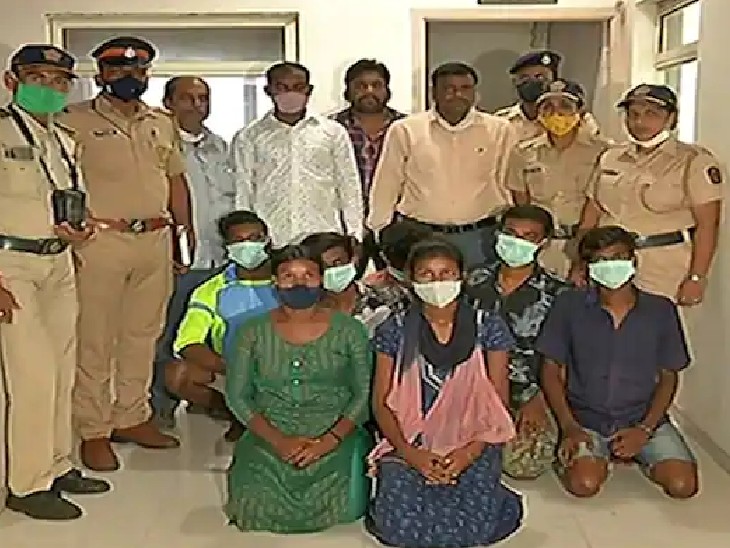 In this case, on Friday, the police arrested 7 people including the wife.

Tired of the criminal attitude of the husband, the wife, with the help of her sister, brother and neighbours, killed her husband. After killing the husband, his body was buried in a nearby house and rumors were spread that the husband had disappeared. In this case, on Friday, the police arrested 7 people including the wife.

The incident is of Jai Bhavani Chawl of the bull market located in VB Nagar, Kurla (W), Mumbai. According to Kurla police, the deceased has been identified as Deepak Sangle alias Kotya Bhai. Deepak went missing from the house on June 16 and after almost two months his murder has come to light. After investigation, the police arrested seven people, identified as Vishal Rajiv Karade (25), Kishore Sahu (27), Anand Gautam (21), Aditya Gautam (19), Rutik Vishwakarma (22), Saraswati Deepak Sangle (21) And Manisha Achare (27) has been arrested. All are residents of Bhavani Chawl.

The dead body of the accused was buried here.

Investigation started after the sister of the deceased raised suspicion
Deepak Jagannath Sangle (31) used to live in Jai Bhavani Chawl of the bull market located in VB Nagar of Kurla (P.). He had a love marriage with 21-year-old Saraswati Gautam, who lived in the neighbourhood. After Deepak’s disappearance from his house on June 16, Deepak’s elder sister Sangeeta Sangle lodged a missing complaint at Vinova Bhave Nagar police station. Sangeeta had suspected the hand of his wife and relatives in Deepak’s disappearance. After which the investigation started in the case.

The secret of such an open murder after 2 months
Police were searching for Deepak. The police also questioned his wife Saraswati and relatives in several rounds, but nothing could be found. Police Inspector Ghanshyam Nair, in-charge of Crime Branch Unit-5, received information that his wife Saraswati, along with her brothers and acquaintances, was involved in the murder of Deepak Sangle. Police took him into custody and interrogated him, then after two months the secret of Deepak’s murder was revealed.

There were many cases registered against Deepak Jagannath Sangle and the entire locality was upset with his actions.

The whole locality was upset by the person’s action
Police investigation revealed that Saraswati killed her husband Deepak with the help of her two brothers Anand Mastram Gautam and Adit Mastram Gautam. After killing the husband, his sister Manisha Prashant Achare along with three others buried the body in her own house. It has come to the fore in the investigation that Deepak, of criminal nature, often used to beat up his neighbors including his wife, brother-in-law and sister-in-law. Tired of his actions, these seven decided to kill him. Saraswati has no remorse for her actions after killing her husband.

Zone 5 Deputy Commissioner of Police Pranay Ashok confirmed the arrest and said that the accused were produced in the court on Friday, from where they have been remanded in police custody till August 30.