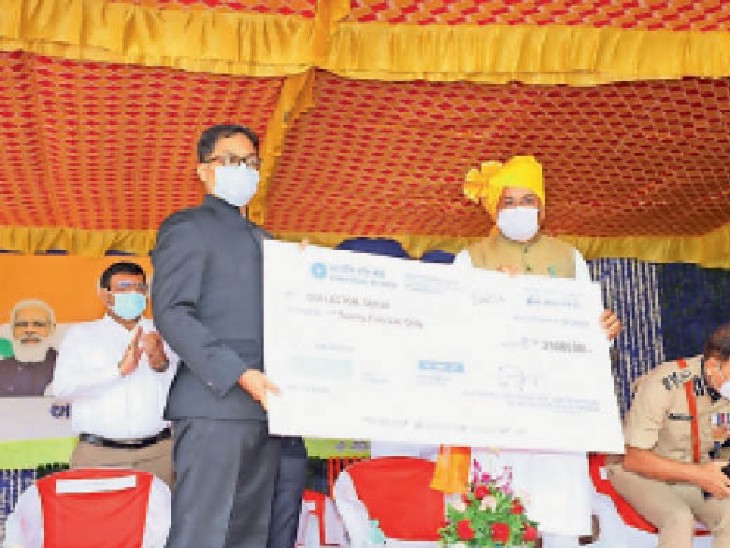 The main function on Independence Day on Sunday was held at Police Parade Ground. Agriculture, Rural Development and Transport Minister RC Faldu hoisted the flag and took the salute of the parade. On this occasion, the minister handed over a check of Rs 25 lakh to District Collector Ayush Oak for the overall development of the district.

Corona Warriors were honored with a memento and a citation for their outstanding public service in the difficult times of Corona. The minister also gave the message of environmental protection and conservation by planting trees. On Independence Day, Agriculture Minister RC Faldu honored police officers, 5 officers of District Panchayat Department, 4 employees of New Civil Hospital.

All preparations are complete for the third wave, by 2035 Surat will become a city with zero dumping sites: RC Faldu
RC Faldu called upon six and a half crore Gujaratis to make the state the best in the country and said that the building of development has to be built on the foundation of ‘peace, security and harmony’. He said that due to the sacrifices of freedom fighters and martyrs, we are living in independent India today. The minister said that the state government has made all arrangements like beds, oxygen, medicines, manpower and medical resources to deal with the possible third wave of corona.

He said that free of cost food grains were provided to 68.80 lakh poor families of the state during the corona pandemic. More than 62 thousand youth were given appointment letters on Employment Day. Faldu said that Surat will become a zero dumping site city by the year 2035. A total of 13017 farmers’ applications have been approved on the i-Kisan portal in the district during the year 2020-21. The minister said that Rs 11.31 crore was given to 6387 farmers in the district for the damage caused by the cyclone.