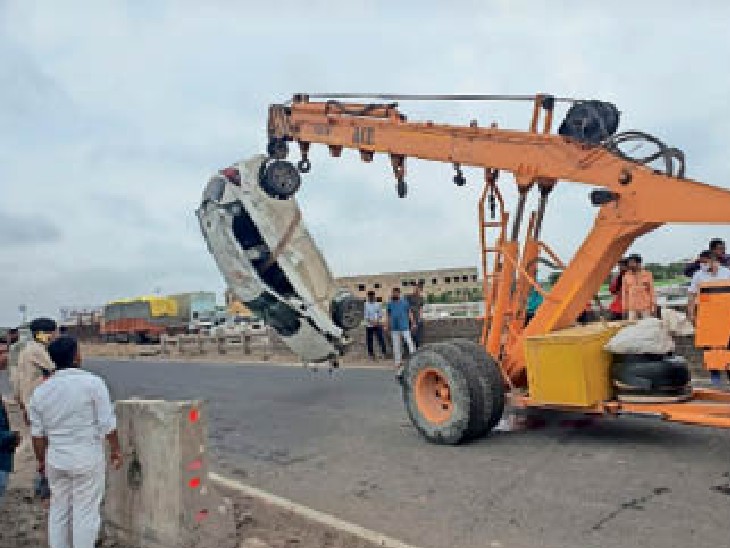 The car was removed from the crane after the accident.

Two people died on the spot when a car collided with a divider near a board in Aaya village on the Limbdi-Rajkot highway coming under the accident zone. The accident happened after the car driver lost his balance. Accidents happen from time to time on the famous Limbdi-Rajkot highway. In which many people lose their lives. In this sequence, two people have died in the accident on Friday while other two people have been injured.

Those who have been admitted to the hospital for treatment in a bleeding condition. According to the information, the car of the family going from Ahmedabad to Jamnagar suddenly crashed on the Limbdi-Rajkot highway. On getting information about the incident, a crowd of local people gathered for the rescue work. On getting the information, his team including Limbdi PSI VN Chaudhary also reached the site. Who sent the dead bodies of the deceased to the PM.