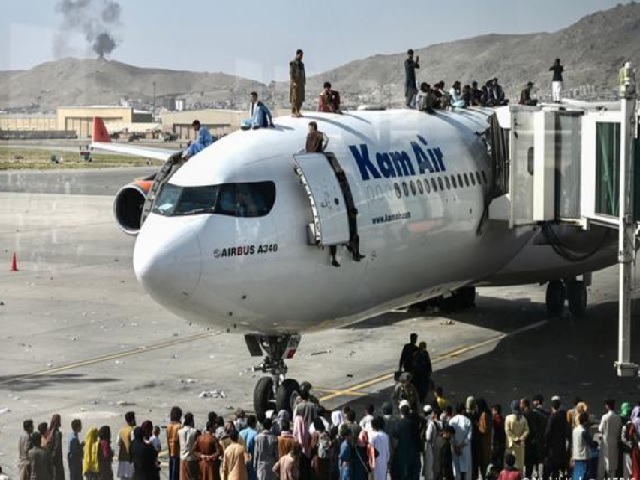 The Government of India on August 17, 2021, has announced a new category of electronic visas to fast-track the applications from Afghans who wish to leave the Taliban-controlled Afghanistan. The new visa category by the government is called “e-Emergency X-Misc Visa”.

The Spokesperson of the Union Home Ministry tweeted “MHA reviews visa provisions in view of the current situation in Afghanistan. A new category of electronic visa called ‘e-Emergency X-Misc Visa’ introduced to fast track the visa applications for entry into India”.

Thousands of Afghans who are desperate to flee the land-locked country have been rushing to capital Kabul’s airport since August 15, 2021, after the capital city was seized by the Taliban. The chaos that occurred at the airport on August 16 led to the death of five- it is still not known whether by US firing or stampede.

The unprecedented scenes have shown people trying to board the few flights available to get out of the Taliban-controlled Afghanistan. The widely circulated videos on social media have shown people climbing onto the fuselage of some aircraft before it took off.

India on Afghanistan: Who will be welcome from a war-torn country?

The Indian Government while commenting on the ongoing crisis in Afghanistan said that it will facilitate the repatriation to India of those who wishes to leave Taliban-controlled Afghanistan.

The government further added that the Hindus and Sikhs from the country will be given priority. Arindam Bagchi, Spokesperson of the Foreign Ministry, said that the Government of India will take all the steps to ensure the safety and security of the Indian Nationals and our interests in Afghanistan.

India has evacuated its ambassador and the Indian embassy staff in Kabul and they are being brought home in a special air force flight.

In view of the prevailing circumstances, it has been decided that our Ambassador in Kabul and his Indian staff will move to India immediately.

The rapid conquest of Kabul by the Taliban was followed after US President Biden’s decision of withdrawing the US forces after 20 years of war that he described has cost more than $1 trillion.

The speed at which the Afghan cities have fallen, in days rather than months as expected by the US Intelligence, the fear of Taliban on freedom of speech and human rights, particularly women rights, has sparked criticism from all over the world. However, US President, in his televised address on Afghanistan, said that he did not regret his decision of withdrawing US troops from the country.