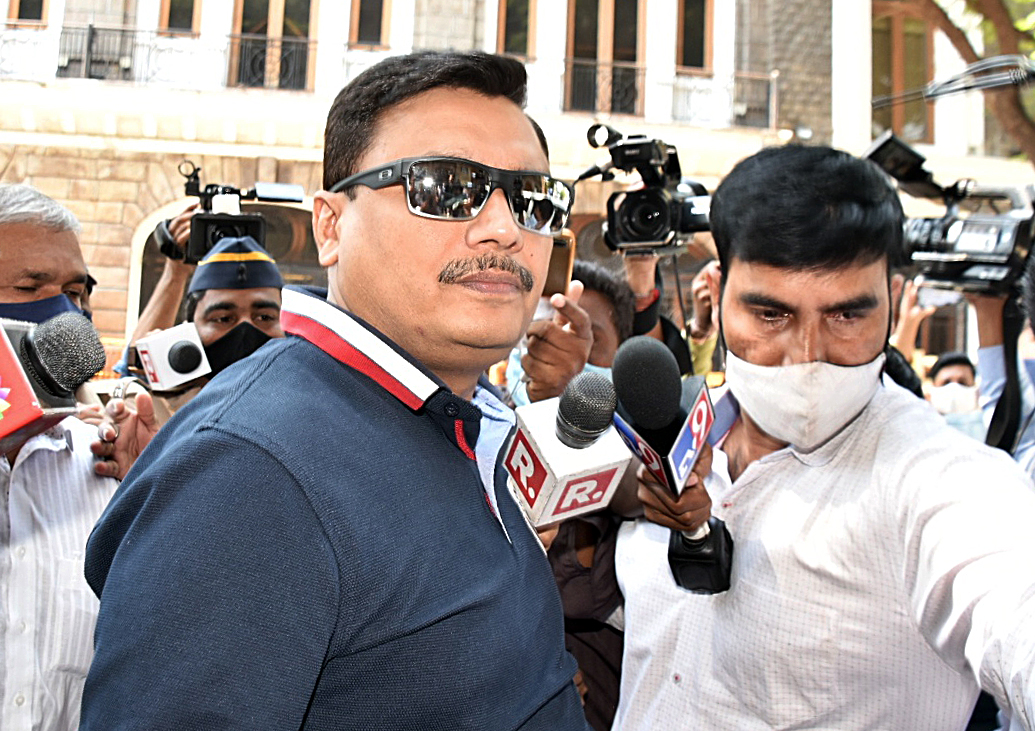 The Vigilance Investigation Team is headed by NCB’s DDG Dnyaneshwar Singh himself.

Today is the second day of the Narcotics Control Bureau’s (NCB) Vigilance Team’s probe into the Mumbai cruise drugs case involving Shahrukh Khan’s son Aryan Khan, alleging bribery of Rs 25 crore. The team will record the statements of some other members and witnesses (panches) associated with the case at the CRPF camp today. Today Sameer Wankhede has not been called for questioning. Wankhede was questioned for four and a half hours yesterday, where on page 7 Wankhede gave his written statement to the Vigilance team.

The Vigilance team has summoned Shahrukh Khan’s manager Pooja Dadlani along with other witnesses in the case for questioning. The biggest accused in this case, Kiran Gosavi, has been arrested by the Pune Police. In no time a team of NCB can go to Pune and interrogate Gosavi.

Vigilance Wing’s entry in such a cruise case
In an affidavit, KP Gosavi’s bodyguard Prabhakar Sail has accused Sameer Wankhede of accepting a bribe of Rs 8 crore. Prabhakar claimed that Gosavi and Sam D’Souza were heard talking about Rs 25 crore and the deal was settled for Rs 18 crore. Prabhakar has also said that he took this cash from KP Gosavi and gave it to Sam D’Souza. Prabhakar told that he was forcibly signed on 10 blank papers by telling him the paper of Panchnama. His Aadhar card was asked. He did not know anything about this arrest. Only after this the entry of Vigilance Wing has taken place in this case. Both have been summoned to join the interrogation.

This is a special inquiry: NCB
The Vigilance Investigation Team is headed by NCB’s DDG Dnyaneshwar Singh himself. This team, which reached Mumbai from Delhi at around 11 am on Wednesday, also includes officers of the level of Zonal Director. Dnyaneshwar Singh spoke to the media after reaching Mumbai. Singh told the media on Wednesday that this is a special inquiry. This team has been constituted to investigate the allegations of bribery made in the affidavit given by Prabhakar Cell, the bodyguard of KP Gosavi. The team has collected some papers related to this case from the zonal office and the evidence has been mixed.

Wankhede’s side known on allegations
When DDG Dnyaneshwar Singh was asked whether Sameer Wankhede has been questioned in this case, he said that yes, he has been questioned today. Wankhede has handed over all the documents related to this case to the investigation team. If necessary, they will be questioned again. He will continue to be the investigating officer of the cruise drugs case till there is any solid evidence against him. The DDG said, all the witnesses and others connected with the case will also be examined.

Death was a few steps away: The woman fell on the platform while trying to board the moving train, two MSF jawans saved her life like this

Jako Rakhe Saiyan Mar Sake Na Koy: People were standing on the side of the road, suddenly the truck came from behind and went trampling

Ajaz Patel created history in Test cricket: At the age of 8, Ajaz had moved from Mumbai to New Zealand with his family, never dreamed of becoming a full-time cricketer