App will tell the said landslide in Himachal: NIT Hamirpur is preparing the app, after the landslide, the relief and rescue agency will get immediate information, will include advanced features 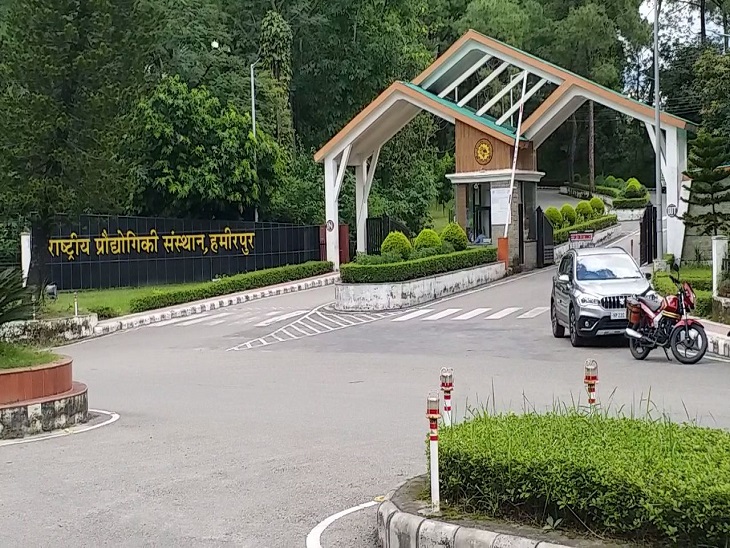 NIT Hamirpur will prepare the app.

In the era of rapid information flow in social media, getting the right information is a big challenge in itself. Rumors spread more especially in times of disasters. In such a situation, it proves difficult for the government and administration to reach the right information to the people. To solve this problem, now experts of NIT Hamirpur will prepare an app to collect real time data of landslides and other disasters in the state. Considering the availability of smart phones, NIT Hamirpur has taken this decision. However, this project has been entrusted to NIT Hamirpur on behalf of the Council for Science, Technology and Environment, Government of Himachal Pradesh. Lakhs of rupees will be spent on this research work.

By collecting data through this app, the warning system can be done on the basis of artificial intelligence in the coming days. Such features will also be included in the app so that in the coming days, area mapping will be done on the basis of satellite data. On the basis of satellite image, research of its causes will also be possible when a landslide occurs. This app will immediately inform the relief and rescue agencies in case of landslides. This app is being designed in such a way that tourists and general public can get information about which road is blocked in which area due to landslide and which alternate route is available with them. On the basis of Citizen or Modern Science, this research work is being carried forward. The possibility of incorporating data from other disasters will be kept open by not limiting this app to just updates on landslides.

It will be beneficial for the tourists coming from outside.

Roads are obstructed in Himachal in the rainy season, tourists get upset
In the rainy season, the road is often blocked due to landslides in Himachal. During this, unconfirmed information constantly spreads on social media, but due to lack of any official or correct information, especially tourists coming to the state face a lot of problems. Apart from this, those people are also troubled who are traveling in unknown areas. This app will not only give alerts to the agencies doing relief and rescue work, but it will also become a means of providing correct information to the common people.

Information about jams will be available, alternate routes will also be detailed
Through this app, information about the jams and alternative routes after landslides will also reach the people. Sometimes the ambulance gets stuck in the jam and it also puts the lives of the patients in danger. In such a situation, this app will not only give a jam alert but will also prove to be helpful in providing alternative routes. Apart from this, the agencies which work to restore the jam will also get real time updates from the app immediately.

Study of landslide incidents will also be possible
In Himachal, information about landslides occurring in other seasons will be available only in the rainy season. This will help experts in studying the causes of landslides. Location study will be done on the basis of real time data in this app. After the data is collected, it will be known in which area at what time the incidents are coming to the fore. With this, where alerts will be received on the one hand, on the other hand a data will be prepared, which will also prove to be helpful in various research later.

Chandra Prakash, Civil Department of NIT Hamirpur, says that this project has been received from Himachal Pradesh Council for Science, Technology and Environment. In this he is working together with his team. He said that the idea behind making this app is that people get real time updates and people can be aware of correct information instead of getting caught in the web of rumours. Along with the alert system, the feature of giving updates on behalf of the people will also be included in this app. The concerned agencies will keep a check on these updates and this real time update will also speed up the relief and rescue operations.