Appeal to Parambir’s court: Parambir filed an application in the sessions court against being declared a fugitive, the inquiry being held today in the Sonu Jalna ransom case 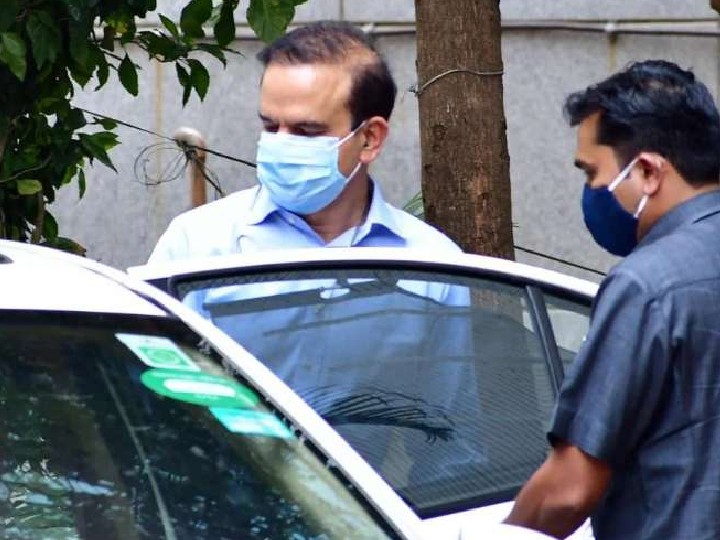 Parambir had suddenly disappeared in the month of May and then reached Mumbai on Thursday and got his statement recorded before the Crime Branch.

Former Mumbai Police Commissioner Parambir Singh, who has been absconding for 232 days, has filed a review petition in the local Esplanade Court against his declaration of a fugitive in a recovery case. An application has been filed before Additional Chief Metropolitan Magistrate SB Bhajipale through advocate Gunjan Mangla seeking quashing of the order declaring him a fugitive.

On Friday, Parambir Singh reached Thane’s Nagar police station to appear in a ransom case. Here a team of police officers is interrogating him. DCP Avinash Ambure is also included in this team. A person named Sonu Jalan, who was arrested on charges of betting on Parambir, had accused him of demanding a ransom of 10 crores. First lookout notice and then warrant was issued against him in this case.

Earlier on Thursday, Parambir was interrogated for about 7 hours in the office of Unit 11 of Mumbai Crime Branch. Maharashtra Police has six FIRs against Parambir. He was summoned by the NIA in the Antilia case as well. Parambir has been questioned in connection with the recovery case lodged by Mumbai-based businessman Vimal Agarwal. Apart from Parambir, Sachin Wajhe, Riyaz Bhati, Alpesh Patel, Vinay Singh alias Bablu and Sumit Singh alias Chintu have been made accused. Bimal Aggarwal has alleged that Rs 9 lakh was extorted from him for not raiding his two bars and restaurants. He was also forced to buy two smartphones for the policemen worth around Rs 3 lakh. The Kandivali Crime Branch had taken the custody of Sachin Wajhe in this case on November 1.

reached the orders of the Supreme Court

Parambir Singh was declared a fugitive. He went to the Supreme Court to avoid arrest. The court has given him protection from arrest till December 6, but has also asked the police to cooperate in the investigation.

Paramveer may appear before Chandiwal Commission

The Justice Chandiwal Commission, set up by the state government after alleging recovery of Rs 100 crore, has also asked Parambir to appear today. It has been said on behalf of the commission that if Parambir does not appear, then a warrant will be issued against him. Therefore, it is believed that he can appear before the commission by today or tomorrow. Before Parambir, sacked police officer of Mumbai Police Sachin Vajhe has also appeared before the commission. Singh is accused of not appearing before the inquiry committee despite being called several times. The committee had also imposed a fine of 50 thousand on Parambir Singh last month. This money was asked to be deposited in the Chief Minister’s Relief Fund for Kovid-19.

Inquiry committee has got the power of civil court
A one-member inquiry committee was constituted by the Maharashtra government on March 30 to conduct a judicial inquiry into the allegations of recovery of Rs 100 crore leveled by Paramvir Singh against former state home minister Anil Deshmukh. In the same case, in a notification issued on May 3, the state government has given the powers of a civil court to the inquiry committee.