Apple season: 6 million boxes reached the market so far; Estimated to reach 3 crore boxes, Royal 2200 and Spur Variety 2500 per box is being sold 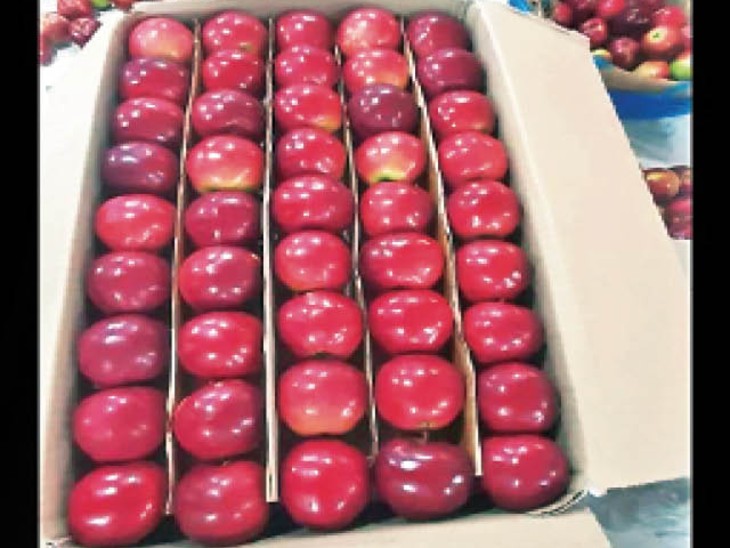 Apple season has gained momentum in the state. It has been less than two months since the apple season started and more than 60 lakh apple boxes have reached various mandis of the state. This is more than the last two years. In 2019, till August 12, 47 lakh 43 thousand 839 apple boxes had reached the market.

This year the gardeners are getting good prices in the apple market. The 20 forts of Royal Delicious are being sold in the market for Rs 2200. Spur Variety’s 20 fort apple box is being sold in the market for up to Rs 2500. Royal Delicious has been sold for Rs 2000 per box in 2019, 2400 in 2020 and this year its prices have decreased by two rupees.

HPMC has opened 119 and HIMFED has also opened 91 centres. Director Horticulture Department, JP Sharma said that apple season has gained momentum in the state. So far, more than 60 thousand apple boxes have been sent to various mandis of the country. It is much more than last two years. Gardeners are also getting good prices for apples in the market.