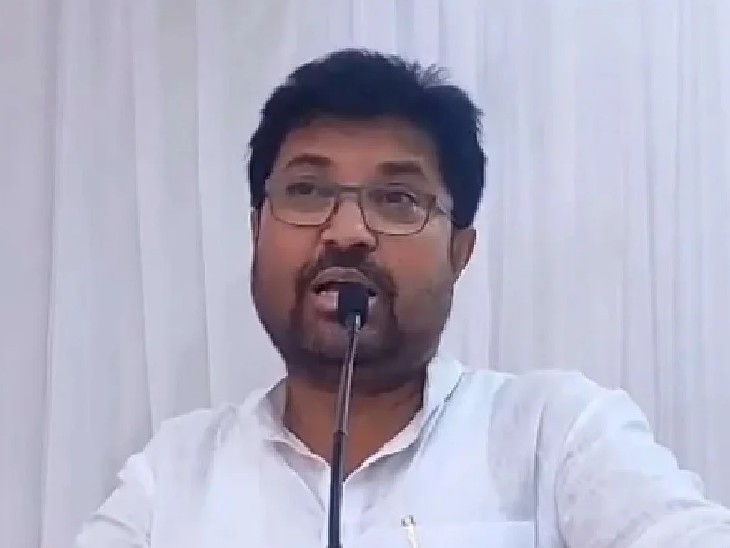 Somaiya had revealed that the wife and father-in-law of Mumbai’s Joint Commissioner of Police Vishwas Nangre Patil also had involvement in a company that was a shareholder in a sugar mill bought by Khotkar.

Enforcement Directorate team raided the residence of senior Shiv Sena leader Arjun Khotkar in Jalna. Twelve ED officials have been searching his house for some time now. According to information received from sources, the questioning of the Shiv Sena leader is also going on in a room. Arjun Khotkar is also the chairman of Agricultural Produce Market Committee. It is also coming to the fore that a team of ED has reached here for investigation.

ED raids are also going on at the house of an industrialist and businessman in Aurangabad. It is being said that it is also related to Khotkar. A few days ago, BJP leader Kirit Somaiya had accused Arjun Khotkar of a scam of Rs 100 crore in the name of buying Jalna cooperative sugar mill in a benami manner. Somaiya had revealed that the wife and father-in-law of Mumbai’s Joint Commissioner of Police Vishwas Nangre Patil also had involvement in a company that was a shareholder in a sugar mill bought by Khotkar.

Somaiya had submitted evidence against Khotkar to ED
He said that Khotkar has committed a scam of 100 crores with the help of Ramnagar sugar mill located in Jalna district. The scam along with the evidence has been complained to the ED, Income Tax Department, Thackeray Government and the Ministry of Cooperation of the Central Government. Khotkar has anonymously bought the Ramnagar sugar mill with his own money. He had told that in 2012, with the help of Khotkar sugar mill, he had started a conspiracy to scam 100 crores. He had also talked about giving all the information about how the scam was done along with the evidence to the ED and Income Tax.

BJP leader had talked about raid soon
Kirit had further told that Khotkar had hatched a conspiracy to build a complex on the sugar mill’s land. Today the value of sugar mill land is more than 1 thousand crores. After complaining about Ramnagar sugar mill scam to me by the farmers, I collected all the evidence and took out the scam of Rs 100 crore. The investigation into this scam has started. Kirit Somaiya had already claimed that more action would be initiated in this scam. Today’s raid is being linked to this.