Arrival of Meghraj: Second round of rain started in Saurashtra after a long wait, rain in many districts, farmers expect good rain 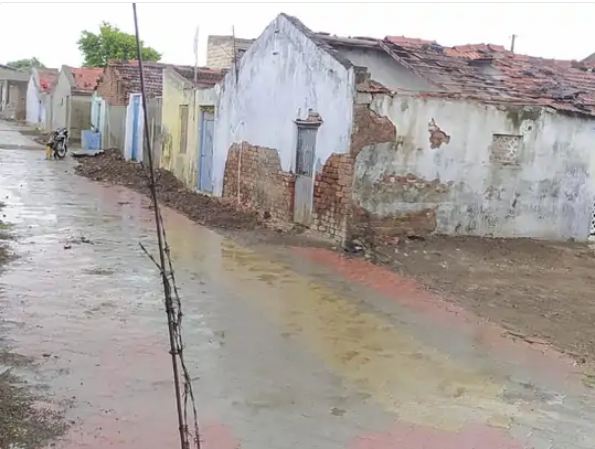 One and a half month of monsoon season has passed in Gujarat, but till now it has not rained as per requirement. Due to this, the farmers are eagerly waiting for the rains. However, the second round of monsoon has started in Gujarat from today, proving the forecast of the Meteorological Department to be correct. Intermittent rain continues in many districts of Saurashtra since this morning. The rains not only brought relief to the people from the heat, but also brought a smile to the faces of the farmers.

Let us tell you, due to less rain in Gujarat, crops like mustard, cotton, groundnut, castor, moong and urad are facing the danger of drying up. The water level has also gone down due to lack of rain and farmers are not getting water from borewells and wells to save their crops. Due to this farmers are praying for torrential rains.

The Meteorological Department has predicted good rains in Gujarat in August.

Irrigation water will be provided from 6 dams in the district
The state government has decided to provide drinking water for crops to the farmers by September 30. So that the crop can be protected from damage. Out of 20 dams under the Rajkot Irrigation Department, it has been decided to supply water to the farmers only from 6 dams.

So far the state has received 41 per cent less rainfall. If there is no good rain in August, then there will be a shortage of drinking water in the state. In the last 24 hours, only some parts of South Gujarat have received scattered rain. While Dahod and Gir Somnath have received light rain.

Amritsar stunned by the deaths from Corona: 7 people died in a day; Of these, 6 men, 5 of those who died are more than 70 years old.