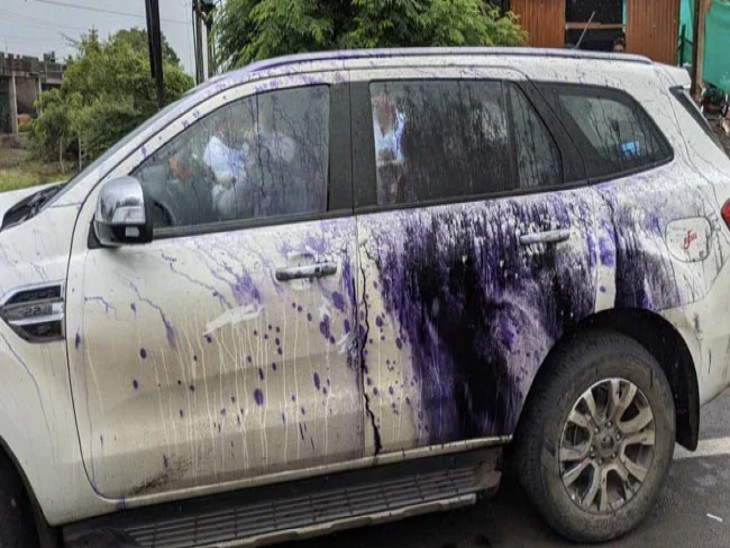 The place where the attack took place is the area of ​​Shiv Sena MP Bhavna Gawli.

Senior Bharatiya Janata Party leader Kirit Soumaiya’s car was attacked in Maharashtra’s Washim district on Friday afternoon. Half a dozen assailants hit his car with stones and black ink. A major part of the car has been damaged in this. Somaiya said that the incident happened near Balaji Particle Board Factory in Washim. The factory is owned by a supporter of local Shiv Sena MP Bhawna Gawli.

The policemen walking in the convoy of the BJP leader somehow pulled him out of there. Stone thrown at car in red circle.

The car’s window and rear glass were broken in this attack.

MP Bhawna Gawli was accused of scam
Kirit Somaiya had accused Shiv Sena MP Bhawna Gawli of scam of 100 crores. He had said that he had done this scam through Balaji Particle Board factory. He had reached Washim district to take stock of this, during which his car was attacked. Kirit Somaiya has filed a case in Risod police station regarding this matter.