Australia’s largest Jain temple to be built from Makrana marble: Rajasthan’s stone also being used in the construction of Ram temple and ‘New Parliament’ central vista, the craftsman of Ram temple prepared the design 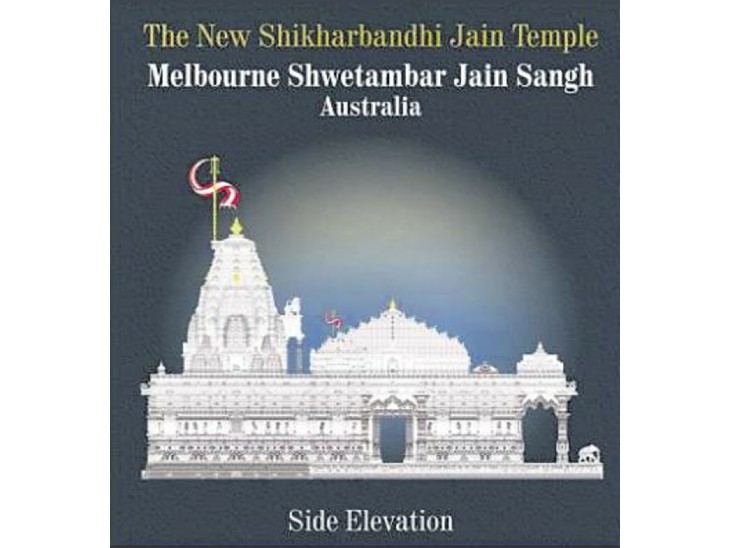 The construction material including Makrana marbles and stones will be sent by waterway from Gujarat. Iron and cement will not be used in construction.

The stone of Rajasthan, which has been used in Ram temple, Taj Mahal and Parliament, has now made an identity in foreign countries as well. Now Australia’s largest Jain temple will take shape in Melbourne from the marble of Makrana in Nagaur. 55 feet high, 54 feet wide and 72 feet long, this summit temple is determined to be built in 3 years. The Sompura Samaj, the architect of the Shri Ram temple in the holy Ayodhya city, has prepared the design of the temple.

The age of this temple will be 1000 years. For this, more than 600 craftsmen from Gujarat will go to Melbourne. Sompura society is well versed in the construction of shrines including temples. Rajesh Sompura, a leading and eminent craftsman of Sompura society, told that the Jinalaya, which is taking shape in Melbourne, will be 72 feet long. 55 feet high and 54 feet in width.

The target is to complete its construction work in three years. The craftsmen are working day and night as per the prescribed design. 30 percent construction work has been done. Nitin Joshi, head of Melbourne Jain Sangh said that in the presence of His Holiness Jagvallabhsoorishwarji Maharaj, the foundation stone of the temple has been laid on 4th August. 21 Shilas were worshipped.

This temple is the first and highest summit temple in the whole of Australia which is taking shape. Earlier, the Ram from Banshipur hill was being used in the temple. Apart from this, the stone of Rajasthan was also used in the old Parliament and the Taj Mahal. It is said about Rajasthani stone that it is good for carving.

There is no seepage of water in the marble of Makrana, hence famous

1500 tonnes of pure marble from Makrana of Rajasthan will be used in the temple. Geologists and stone experts are of the opinion that the marble of Makrana is the oldest and the best in the world. It is more than 90 percent pure calcium carbonate, with absolutely no water seepage. Therefore it will be used.