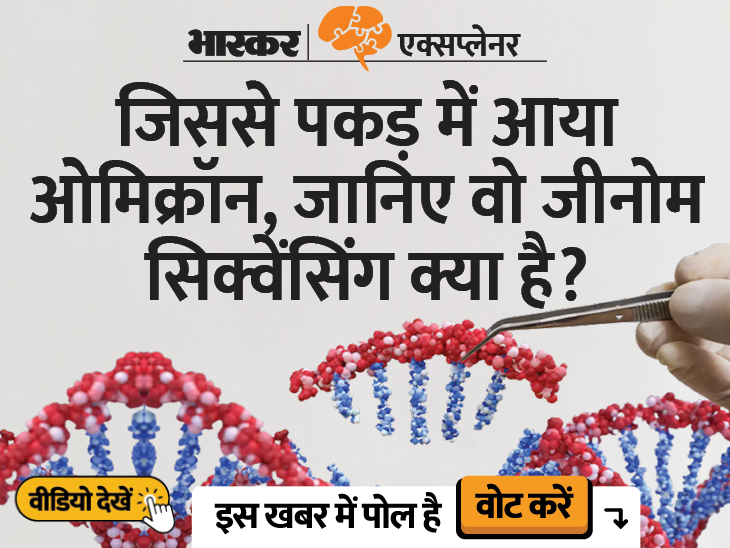 Omicron, which is believed to be the most dangerous variant of Corona, has also reached India. Within a week of the first case being reported in South Africa on 24 November, Omicron has spread to 30 countries including India. While confirming the first two cases of corona in India on 2 December, the Health Ministry said that both the cases have been reported in Karnataka.

Within a week after the World Health Organization (WHO) declared a variant of concern, Omicron has reached 30 countries of the world including India, USA, UK. After two new cases of Omicron surfaced in India, discussion has also started on how the new variant is identified by corona testing?

The identification of any new variant of the corona is possible only by genome sequencing instead of the common corona test (RT-PCR test, rapid antigen). But India stands far behind in the world in terms of genome sequencing investigation. This can be gauged from the fact that India has done genome sequencing of only 0.2 percent of its total corona cases so far (by November 2021). Identification of new variant omicrons is very difficult without genome sequencing. In such a situation, it is very important that India should increase the speed of gene sequencing to identify Omicron capable of spreading rapidly, if this does not happen, then Omicron, which is considered to be more dangerous than the delta variant that brings second wave in India, can wreak havoc.