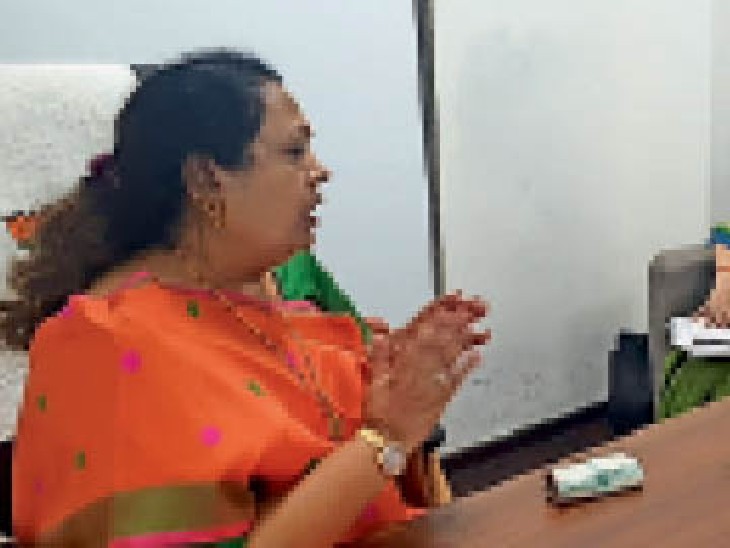 Darshana Jardosh, Union Minister of State for Railways and Textiles

Surat MP Darshana Jardosh came to the city for the first time on Tuesday after becoming the Minister of State for Railways and Textiles at the Centre. The process of welcoming them continued on Wednesday as well. During a meeting with the officials at Surat railway station, he asked for regularization of Surat-Mahua train from August 21, Chandigarh-Kochuveli Sampark Kranti Express halting at Surat from August 19, extension of Shatabdi Express and Gujarat Queen Express to Gandhinagar and from Valsad. Talked about starting a new train between Abu Road.

He said that at present there is no plan to make Surat a division. Darshana Jardosh said that apart from Lalu Prasad Yadav and Mamta Banerjee, many other people were also railway ministers in the UPA governments. He didn’t do any work. Now that we have government. We are paying special attention to the infrastructure of the railways. Moving forward on the resolve to modernize the railways. Apart from this, Bhaskar talked to Darshana Jardosh on many issues related to railways, politics and textiles.

There is a demand for regularization of Udhna-Danapur train since last 4 years. Now that you have become the Minister of State for Railways, will you fulfill this demand of the passengers?
Many demands are in our notice. A large number of North Indians live in Surat. We have given instructions to the officials that after resolving all the slot related problems, arrangements should be made to regularize this train at the earliest. Hopefully this train will become regular this year.

New trains from Surat were proposed several times in the time table meeting of the Railways, but each time it was rejected. Will new trains start now?
The new platform in Udhna is almost ready, which will be started soon. New trains will also be run from Udhna to North India. The plan is to run 2 new trains for UP-Bihar. A final decision on this will be taken soon.

The issue of third line between Surat-Udhna is stuck for the last 3 years, will this project go ahead now?
The case of the third line is stuck for 3 years due to illegal encroachment on the side of the track. This matter is currently in court. Its hearing is on August 21. Whatever order comes from the court, it will be implemented. Hopefully this project will move forward soon.

The plan to set up a Mega Textile Park in Surat has been going on for quite some time. How far has it reached?
At present, the matter of making Mega Textile Park is in the Union Cabinet. I can’t say anything about this yet. The cabinet will take a decision on this.

Looking at the presence of Aam Aadmi Party in Surat, do not think that there will be competition in the assembly elections?
I only saw BJP during Jan Ashirwad Yatra, I did not see any presence of AAP.