Bhima Koregaon Violence Case: NIA Claims in Chargesheet – Relations between Elgar Parishad and Maoists, 16 arrested accused were preparing to wage war against the country, recruitment was going on in JNU 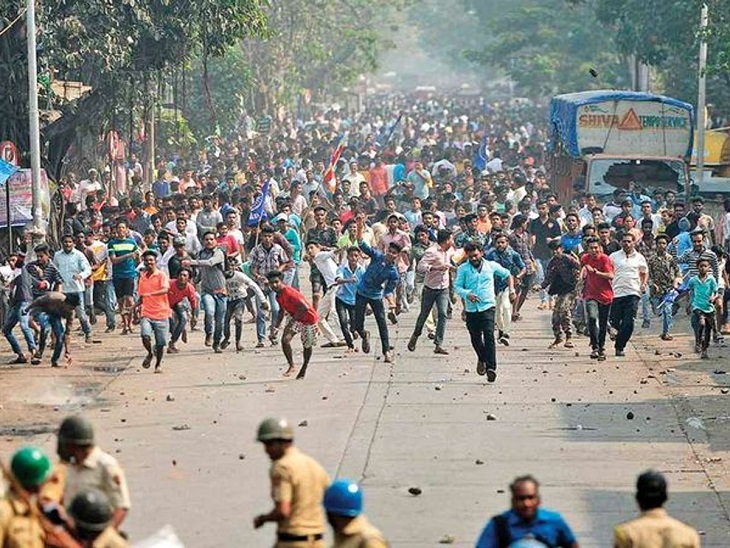 On January 1, 1818, in the battle of Bhima-Koregaon, the British defeated Peshwa Bajirao II.

NIA has filed its chargesheet against 16 accused and six absconding accused in the Bhima Korogaon violence case. In this, the NIA has said that there are links between the organization Elgar Parishad and the Maoists. The accused worked to threaten the sovereignty, integrity and security of India by conspiring against the government and its citizens. They wanted to run their government by waging war against the country.

The chargesheet states that there are eight charges under the Anti-Terrorist Unlawful Activities (Prevention) Act (UAPA) and eight under the IPC. The NIA has said that the purpose of the Elgaar Parishad organized on December 31, 2017 was to create violence, instability and anarchy in the name of caste in Maharashtra, Bhima Koregaon and Pune districts by inciting communal sentiments of Dalits and other castes.

JNU and TISS students were recruited
While filing a chargesheet in the special court, the NIA revealed that the accused had recruited students of two prestigious institutions of the country, JNU and Tata Institute of Social Science (Mumbai), to carry out the terror conspiracy. A conspiracy was being prepared against the country, in which these students were to be used.

According to the NIA, the accused arrested in this case were engaged in arranging Rs 8 crore to supply M4 arms and 4 lakh rounds (cartridges) to terrorist organizations in Manipur. The accused wanted to target Maharashtra and the central government through these weapons.

This was the allegation in the police chargesheet
Earlier, the Pune Police had also filed a chargesheet in this case mentioning the charges under sections 121 and 121-A of the IPC. The police chargesheet stated that all the 16 arrested, “who are active members of banned terrorist organization/CPI(Maoist), have hatched a conspiracy to wage war against the government (Centre and State). For this, all have deposited Rs.8 crore.” and attempts were made to import large quantities of arms from Nepal and Manipur.

Elgar Parishad was funded by Maoists
According to the police chargesheet, the Elgar Parishad event held in the city on December 31, 2017 was funded by the CPI (Maoist) as part of a larger conspiracy. The next day, on January 1, 2018, violence broke out during the 200th anniversary celebrations of the Bhima-Koregaon battle, in which one was killed and several people were injured. The police had registered 58 cases against 162 people during the statewide bandh in January following the Bhima-Koregaon clash.

On January 1, 2018, violence broke out during the 200th anniversary celebrations of the Bhima-Koregaon battle. One person lost his life in the incident. Subsequent investigation revealed that the planning of this violence took place a day earlier during the Elgar Parishad held in Shaniwarwada, Pune. After this the matter reached the NIA through Pune Police and now the Central Investigation Agency has filed its charge sheet in this case.