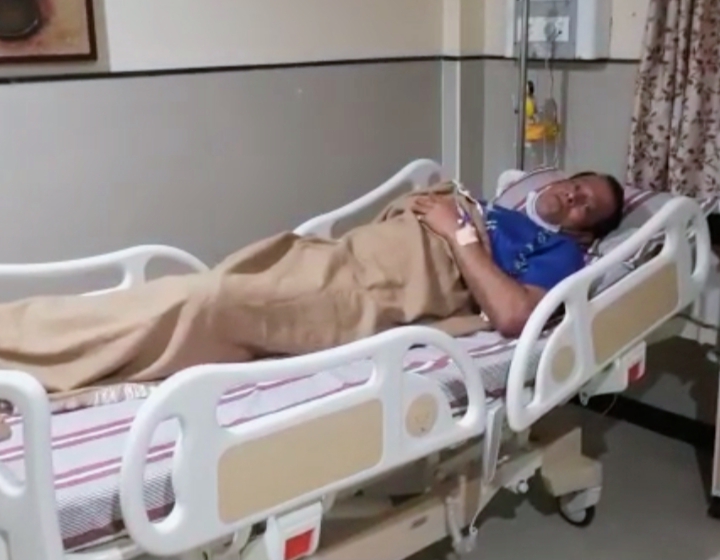 Hemant’s car has been badly damaged in this accident. According to the information, Hemant was driving the car.

Actor Hemant Birje, who came into limelight with the Bollywood film ‘Tarzan’, and his family have met with a horrific accident on the Mumbai-Pune Expressway late at night. His work got uncontrolled and overturned many times on the road. Hemant and his daughter Reshma have been injured in this. Hemant was traveling from Mumbai to Pune.

The accident happened in Urse village near Navi Mumbai. Aamna and daughter Reshma were also accompanied by Hemant in the car at the time of the accident. Hemant was driving the car. The car has been badly damaged in this accident. The injured have been admitted to Pawana Hospital for treatment. The lane from Mumbai to Pune was closed for some time after the accident. The team of Highway Police reached the spot and got the vehicle side to side and took all the injured to the hospital.

Hemant’s wife and daughter got more injuries in this accident.

Hemant used to work as a security guard
Hemant used to work as a security guard in Mumbai. Then one day director Babbar Subhash caught sight of him. Subhash was looking for such a hero in his film, then he should be strong in appearance and along with Sharmila. The director saw in Hemant all the qualities that he needed for the hero of his film. He offered the film and Hemant hurriedly said yes to it. Hemant, 55, made his debut with the film ‘Tarzan’ opposite Kimi Katkar. Kimi had a good Bollywood career. He shared the screen with many hit films and superstars. But Hemant did not get much less in his career.

Worked in few films with Mithun
Hemant worked with Mithun Chakraborty in many films. He also appeared in Salman Khan’s film Garv. However, his films were not well received at the box office. Then there came a time when his films started flopping. Then suddenly Hemant disappeared from the Bollywood industry. With time people love Hemant.

Birje is also battling with bad economic condition
A few years back there was news that Hemant was facing financial crunch. In 2016, there were reports that Hemant’s financial condition is very bad and he does not even have a house to live. According to the news, the owner of the house where he lived had made him homeless. Actually, Hemant’s contract with the landlord was over and he had asked Hemant to vacate the house several times.