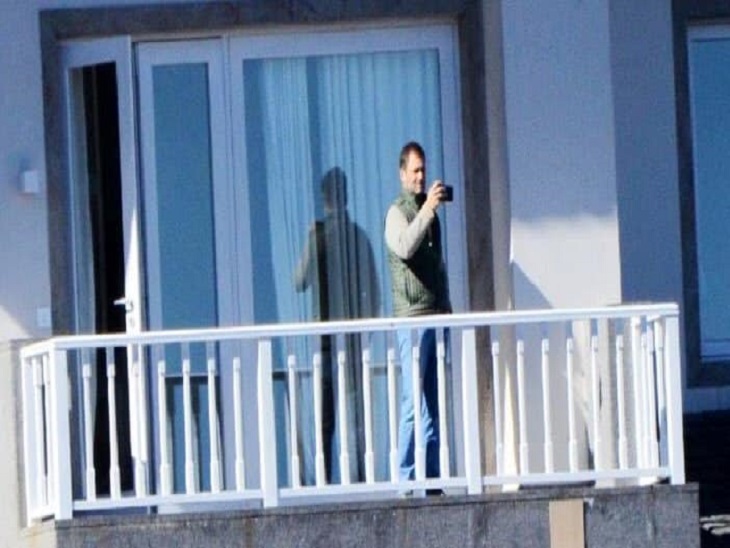 Rahul Gandhi taking a picture after his sister’s house.

The members of the Gandhi family, who arrived in Shimla for a holiday, returned to Delhi today. The news is coming out that former Congress National President Rahul Gandhi returned to Delhi with his sister and Congress General Secretary Priyanka Gandhi Vadra and her husband Robert Vadra. Congress interim president Sonia Gandhi will still stay in Shimla for a few days. Left here later in the afternoon. The office bearers and workers of the Congress party had no information about his arrival, it was a completely personal visit of the Gandhi family, while no one came to know about his departure. Significantly, Priyanka Vadra reached her residence in Chharawada with her husband Robert Vadra and children on 18 September, while her mother Sonia Gandhi and brother Rahul Gandhi reached Shimla on 20 September. Sonia Gandhi reached Chharabra at 11:30 am, while Rahul Gandhi reached Chharabra after 3:00 pm after attending the oath-taking ceremony of Punjab CM.

Priyanka Gandhi’s house in Chhabra where the whole family stayed.

Sonia Gandhi can do it even from the family of former Chief Minister
The news is coming out that the reason behind Sonia Gandhi’s departure is something else. She may meet the family of the late former Chief Minister of Himachal Pradesh Virbhadra Singh, as she has not met his family even once after Virbhadra Singh’s death, while Rahul Gandhi has attended his last visit.