Central Zone will become a role model for all other zones: 23 illegal constructions demolished in one and a half months, hearing started, complaints were reduced to half 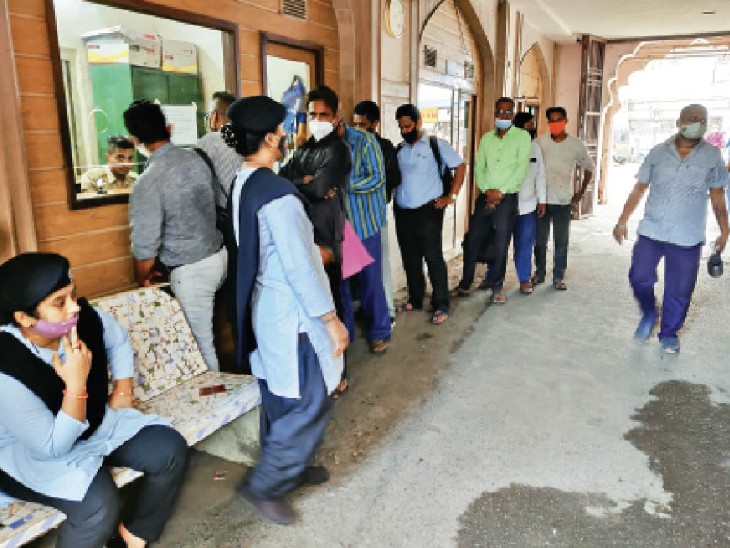 After the incident of bringing a knife in the file, the investigation of people coming to the Municipal Headquarters was intensified.

The central zone of the city is becoming a role model for other zones in removing encroachments. Action is being taken as soon as complaints are received on illegal constructions here. In the last one and a half months, more than 23 illegal constructions were demolished. Here the process of hearing has been started for complaints of illegal construction. These works were started after the arrival of the new Executive Engineer of the zone. For this the executive engineer has received death threats.

Before: There were so many complaints of illegal construction that it was difficult to work
About a month and a half ago, BR Bhatt was transferred from Sarthana to become an executive engineer in the Central Zone. In the midst of complaints of illegal construction, it became difficult for him to work and even sit in the office. Distraught, he discussed with Municipal Commissioner Banchanidhi Pani and Mayor Hemali Boghawala.
The mayor, commissioner and chairman of the standing committee said that we are with you to solve the illegal construction. After that BR Bhatt decided to do a hearing for the complainants. It was started from 11th August. Gayatri Jariwala, the zonal officer and deputy commissioner of the Central Zone, started hearing.

Effect of hearing: The crowd of complainants decreased in the zone office
The number of people complaining about hearing aids has come down. Results are visible in 1 week. Most of the people also used to threaten the authorities regarding illegal construction. The staff of Central Zone was also upset with such threats. Now the people who made the Central Zone a haunt have disappeared for the whole day due to complaints.

He came with a knife in the hearing, had even threatened to kill him.
The complainants of illegal construction in the Central Zone have gone to the extent of killing. On Thursday, during the hearing in the office of Deputy Commissioner Gayatri Jariwala in charge at the Municipal Headquarters, two complainants had brought a knife hidden in the file. They were demanding demolition of the fourth floor of a building.
He said that if action is not taken against the illegal construction, then the executive engineer will not spare BR Bhatt. A complaint was lodged against Zaheer Magar and Amir Sopariwala, who made threats on Friday. Even on August 11, Amir Sopariwala had threatened to commit suicide if immediate action was not taken on his complaint.