Consequence of Talibani thinking: 7 members of a Dalit family were tied up at the middle of the crossroads and beaten up on charges of witchcraft in Chandrapur, the condition of 5 became critical; Case registered against 12 people 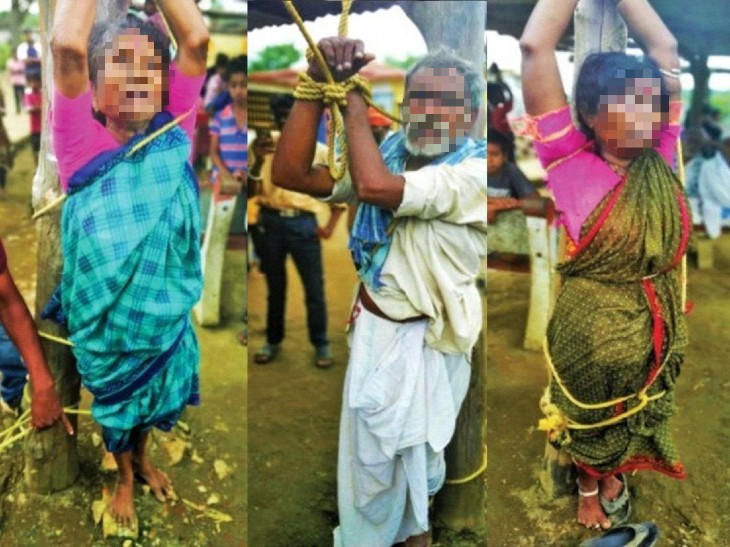 Those who have been beaten up include three elderly people. The condition of the elderly remains critical and they have been admitted to the district hospital for treatment.

India is preparing to go to Mars on the one hand, while on the other hand, in some parts of the country, the process of atrocities on innocent people continues in the name of witchcraft. The latest case has come to light from Chandrapur in Maharashtra, where 7 people have been beaten up badly by villagers by tying them together on charges of ghosting. Four of the seven are women and three are elderly. After beating up the mob, all the seven have been admitted by the police to Chandrapur District General Hospital for treatment, where the condition of 5 remains critical.

On Sunday, the police have registered a case against 12 people after the pictures of this incident surfaced. The incident took place in Vani Khurd village on the Telangana-Maharashtra border. On Saturday afternoon, four women and three elders were tied and beaten at the village square on charges of sorcery in the village. During this, the whole family kept pleading to leave, but no one came forward to help them.

All the accused are absconding
Assistant Police Inspector Santosh Ambike, who is probing the case, said that soon after the incident in Wani village on Saturday, a meeting was held with the village sarpanch and the police team regarding peace and order. We have deployed adequate security personnel in the village. At present all the accused are absconding and they will be arrested soon. Some senior police officers will visit the village even today to take stock of the security arrangements.