Continuation of damage: Tree fell on the tipper parked on the roadside in Kanlog, there was a long jam 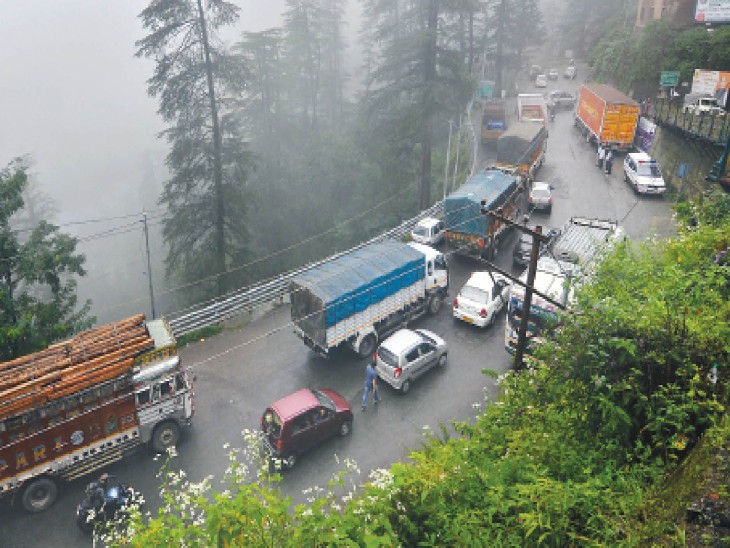 Incessant rain continues to cause damage. On Sunday, a big deodar tree fell on the tipper near Kanalog on Khalini to Tutikandi bypass near Kanalog. Tipper HP 56-3117 is badly damaged. The front side of the tipper is completely damaged.

Due to the falling of trees, there was a jam on both sides of the National Highway. There is no casualty in this incident. There was a long jam on the road for about an hour. New Shimla police station immediately reached the spot. The forest department restored the traffic on the road by cutting the tree. After which the traffic has now been smoothed on both sides. Apart from this, water also entered many houses. Apart from this, tree fall was also reported in other parts of the city. Electric poles have been broken at many places due to the falling of trees, due to which the power supply has come to a standstill.

Debris came in many places on the road
Similarly, the debris of Lhase came on the road near Lower Chakkar of the city. The road leading to the houses has been heavily damaged by the Lhasa collapse. It has been raining continuously in the city for the last three days. The Meteorological Department has predicted rain for two to three days. Due to incessant rains, people have got relief from the heat and the temperature has come down. Two deodar trees fell from ISBT towards Fagli. However, there has been no loss of life or property.