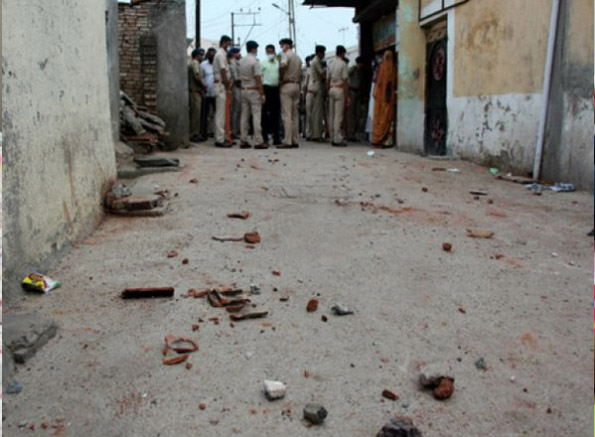 During the procession of Muharram, there was a dispute in Rukhdiapara of Rajkot.

A ruckus broke out between the Muslim and the Sidi Badshah family over the molestation of a young woman in Rukhdiapara, Rajkot. People from both the communities clashed and pelted stones at each other. Within no time, the situation got so bad that the people creating a ruckus ransacked a house and set a shop on fire. 9 people have been injured in the fight. In this case, the police have registered a case against 26 people and arrested 17.

Controversy over molesting a girl involved in the procession
According to the information received, a Muharram procession was going on in Rukhdiapara of Rajkot. Meanwhile, Irfan and Nawaz Rafiq Sheikh were making remarks while staring at a girl near Hajipur Dargah. The people involved in the procession had a dispute with them regarding this matter. However, some people put an end to the controversy. But at night, Nawaz and Irfan’s friends took swords and other weapons and went to the settlement where the girl lived. After this people also came out from the other side and the fighting started.

The miscreants also vandalized a bike.

On receiving the information, police teams reached the spot. However, by then the miscreants had fled. Police got the injured admitted to the hospital and after that teams were sent to nab the accused in the night itself, out of which 17 people were arrested and the search for others is on.

Both sides filed complaints
However, a complaint has been lodged with the police on behalf of both the parties in this matter. The police is investigating the matter. Search is on for the accused based on the CCTV footage.