Corona in the country: 25420 new cases were found and 385 died on the last day; Home Ministry committee alert – third wave may reach peak in October 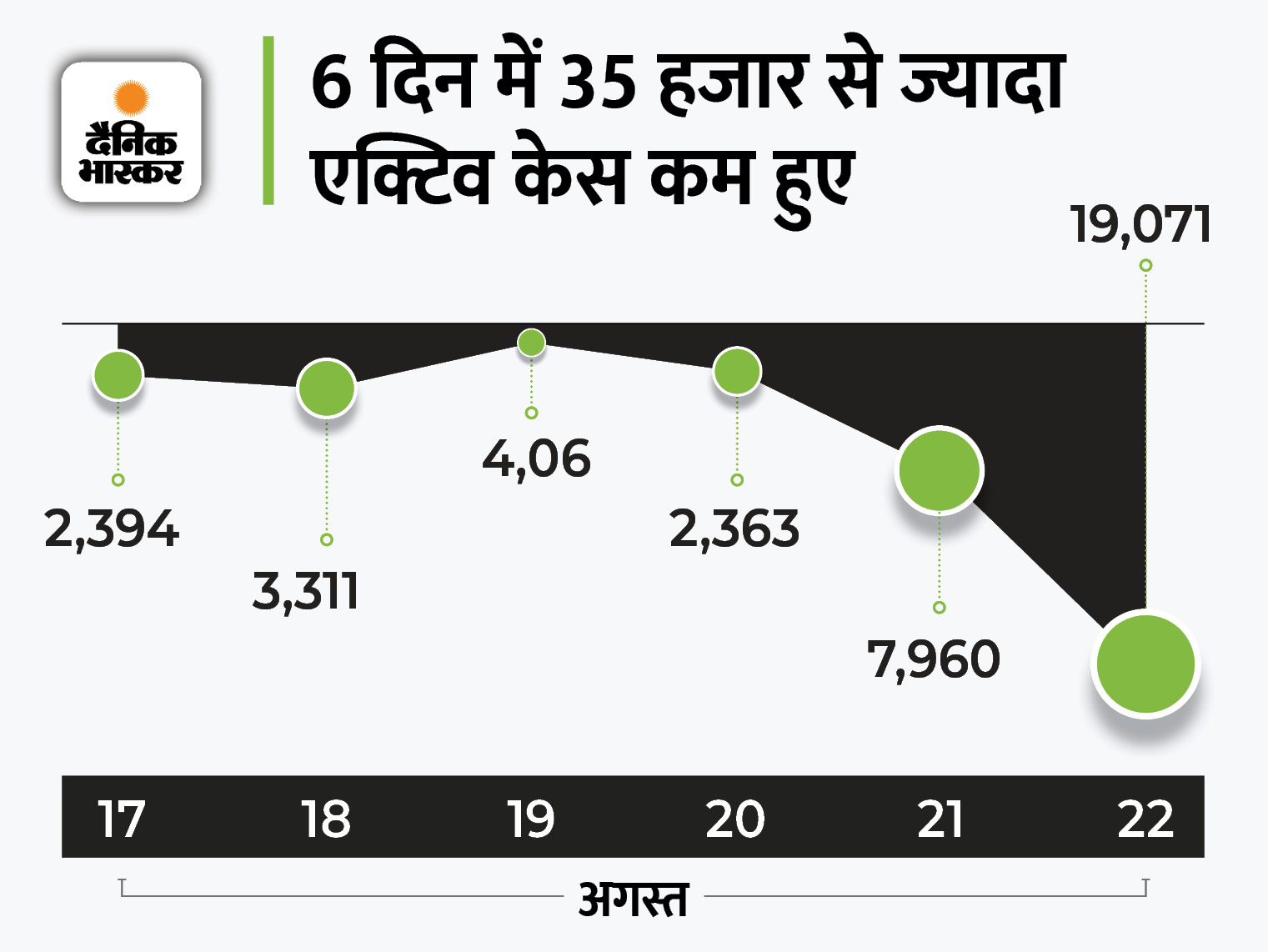 On Sunday, 25,420 corona cases were found in the country and 44,103 people were cured. For the third consecutive day, the number of people recovering is more than the new patients. Apart from this, 385 patients also died. So far 3.16 crore people have been recovered. In the last 24 hours, there has been a decrease of 19,071 in active cases. For the last 6 days, the pace of decreasing active cases is increasing. There was a decrease of 7,960 in active cases on Saturday. At present there are 3.28 lakh active cases. At the same time, less than 20 thousand cases have come in Kerala after five days. At the same time, the number of people recovering has also increased. Yesterday, 25,586 people beat the disease in the state.

Meanwhile, a panel of the Ministry of Home Affairs has issued a warning to the Prime Minister’s Office regarding the third wave. A committee formed under the National Institute of Disaster Management (NIDM) has warned of reaching the corona infection peak in October. The committee has said that it will have a bad effect on the children and has given an alert to be ready from now.

Corona epidemic figures in the country

3. Delhi
On Sunday, 24 people were found corona positive in Delhi. 56 people recovered. So far 14.37 lakh people have come under the grip of infection. Of these, more than 14.11 lakh people have been cured, while 25,079 patients have died. 398 patients are being treated here.

4. Uttar Pradesh
Here on Sunday 19 people were found infected and 53 people were cured. So far, more than 17.09 lakh people have been infected in the state. Of these, 16.85 lakh have been cured, while 22,792 patients have died. 373 patients are being treated here.

6. Gujarat
15 people were found corona positive in the state on Sunday. During this 17 people also got cured. So far, about 8.25 lakh people have come under the grip of infection. Of these, 8.15 lakh people have been cured, while 10,079 patients have died. Treatment of 182 infected is going on here.

7. Madhya Pradesh
Here on Sunday 5 new cases were reported and 1 was cured and 2 died. So far 7.92 lakh people have come under the grip of infection in the state. Of these, 7.81 lakh people have been cured, while 10,516 people died. 86 patients are currently undergoing treatment.