Corona slows down in Mumbai: Positivity rate has come down from 28 percent to 18.7 percent, 83 percent of patients have no symptoms 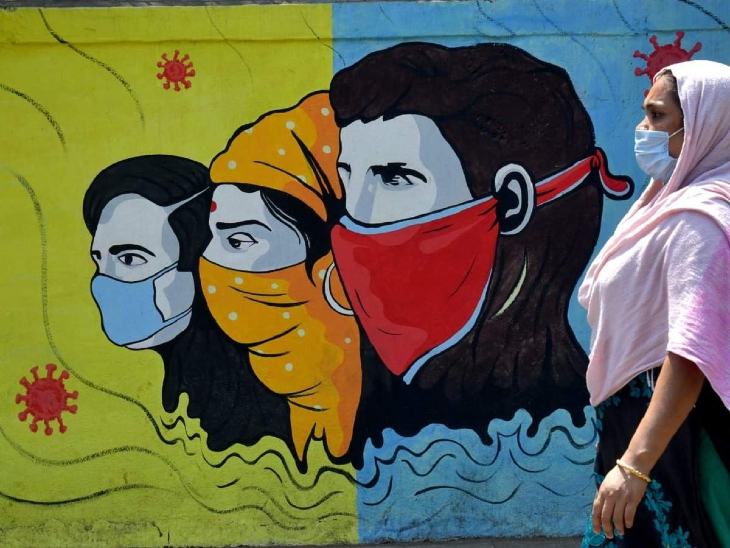 Dr. Shank Joshi, member of Maharashtra Kovid Task Force said that the number of corona patients in Mumbai has reached a record level.

The number of Kovid cases has decreased for the fourth consecutive day in the country’s financial capital Mumbai. On Tuesday, the positivity rate of corona patients in Mumbai fell from 28 percent to 18.7 percent. Despite more testing on Monday, cases have come down. On Monday, 13,648 new cases were registered, while on Tuesday 11,647 cases were reported. Of these, 9,667 (83 percent) have no symptoms. The positivity rate on Monday was 23.03%. On Tuesday, two patients died of corona.

Third wave may stabilize soon: Expert
Dr. Shank Joshi, member of Maharashtra COVID Task Force said that the number of corona patients in Mumbai has reached a record level and the third wave of Kovid-19 may stabilize soon. Joshi further said that we expect further decline in these figures. Dr Shashank Joshi further said that a positivity rate of 25 percent was shown in the report in the past. We are expecting those numbers to drop. According to Dr. Shashank Joshi, in the last three to four days, they have seen a trend, which suggests that the number of cases may have come down due to three reasons.

This could be the reason behind the low number of cases

Are the cases reduced due to ‘Sunday Effect’?
The figures of corona infection in Maharashtra and Mumbai registered a decline on Monday. Experts are giving the name of ‘Sunday Effect’ to meet less patients in Mumbai. At the same time, some experts are considering it as a good sign. A 30 percent drop has been registered in the cases of infection in Mumbai on Monday. 13 thousand 468 new patients have been found in the city. On Sunday, this figure had reached 19 thousand 474.

The figures are decreasing since January 7
According to the data of Corona, the decline in cases in Mumbai has been going on since January 7. On Friday, 20 thousand 971 patients were found in the city, which came down to 20 thousand 318 on 8 January i.e. Saturday. On Sunday, this figure was at 19 thousand 474. There was a huge drop in the number of new infected on Monday. This fall came to 13 thousand 648.

The speed of infection decreased in this way in 6 days

BMC spent 3,000 crores in the war with Corona
In the war against Corona, the expenditure of Brihanmumbai Municipal Corporation has reached about 3,000 crores. BMC has again demanded to withdraw Rs 300 crore from the contingency fund. The administration has sent a proposal in this regard to the Standing Committee for approval. Earlier, Rs 400 crore has already been spent from the contingency fund.