Corona testing is not increasing: only 1,200 tests are being conducted daily, there should be two thousand; If the third wave comes, it will not be known how many infected 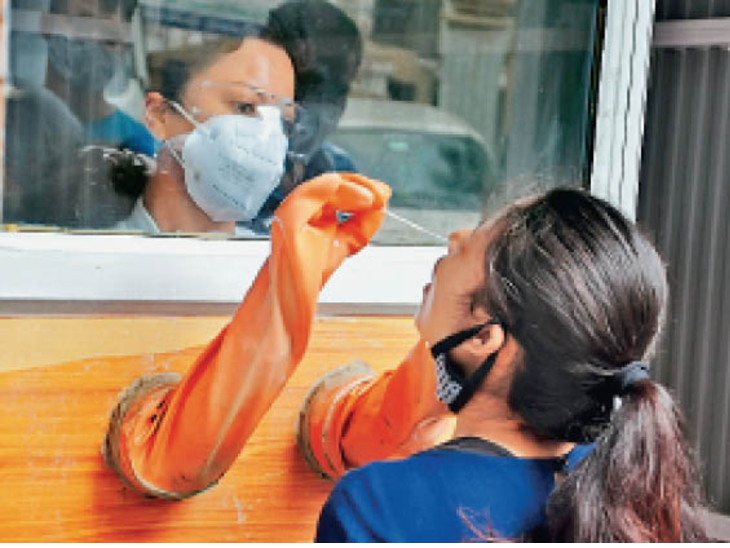 DC ordered to increase the testing, but even after a month the testing was not increased. (file photo)

In the second wave of Karena, when Karena had become uncontrollable in the months of April and May and more than 250 patients were coming to the district every day, the government had ordered to increase the sampling of Karena. In this, orders were given to increase the daily testing to one and a half to two times and it happened that till the end of June, the Corona testing was increased, the daily tests were being done till 1200 earlier, they were to be done till 1900. Put.

Due to this, more and more people were covered and in rural areas it was known that what percentage of people are infected. But in the month of July, the testing was again reduced and only around 1200 tests were conducted across the district. After that DC ordered to increase the testing, but that testing was not increased even after a month. Even now, around 1200 tests are being conducted in the district every day.

While Corona has started increasing now, sampling should have been done by 2000. Not only this, the testing van used to go for tests in rural areas earlier, now that too is not going for many days. It is being sent even when there is demand for it, whereas earlier it used to do random sampling. At the same time, even the tests are being done, in which RTPCR is getting very less. In such a situation, if there is a fear of spreading the third wave, then it will not be known how many percent of the people have been infected with Karena.

RTPCR also decreased
While on the one hand the sampling of Kareena has come down, the testing of RTPCR has also been reduced significantly while DC Shimla had ordered all the SDMs to increase the corona testing in their respective areas, along with RTPCR testing by 50 percent. Do it till Now RTPCR is being done only up to 15 to 20 percent.
Those people themselves are reaching IGMC or DDU, their RTPCR testing is being done. In such a situation, now it will be difficult to trace the patients of Karena. Since the last few days, the patients of Karena are increasing continuously, in such a situation, only by increasing the testing, information about the real patients will be available.

Now the number of patients is increasing continuously
In district Shimla, in the month of July, the number of corona patients had reduced significantly, 5 to 7 people were coming positive in a day. Many times a lot of cumin patients also came, while the testing was going on till 1200, but now again the corona patients have started increasing. Now every day 30 to 35 patients are coming to the district, the number of patients is increasing continuously in the city too. In such a situation, now the fear of the third wave has started looming in the people that the third wave may not come. In such a situation, to avoid Corona, where on the one hand the rules of Kareena will have to be followed, on the other hand the testing will also have to be increased.

Number of patients reached 40 in IGMC
The number of corona patients in IGMC is also increasing. In the month of July, when the pace of Kareena slowed down, the DDU hospital was removed from the Kovid hospital. Even in the month of July in IGMC, only six patients were left in the Karena ward, but now more than 40 patients have been admitted from here again. Every day five to six patients are being brought here in critical condition from across the state. The administration claims that the speed at which Karena is increasing. By the beginning of September, the number of corona patients will be more than 100. At the same time, by the end of September, as before, more than 350 patients can come to IGMC.