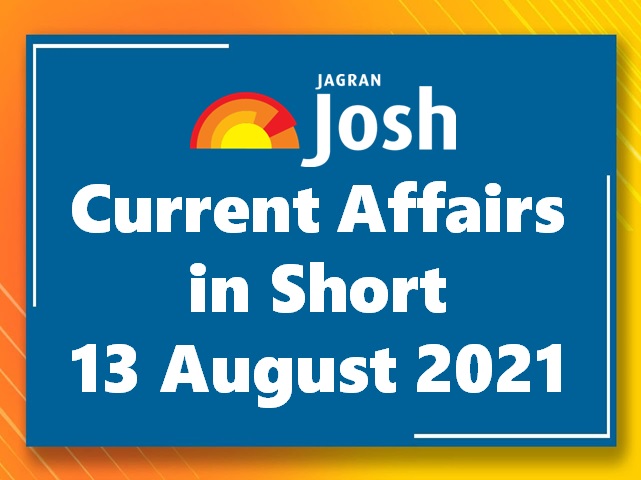 •The 54-member Indian contingent consists of 54 para-sportspersons across 9 sports disciplines.

•The sea phase of the 3-day long maiden bilateral exercise ‘Al-Mohed Al – Hindi’ between the Indian Navy and Royal Saudi Naval Force commenced on August 12, 2021, off the coast of Al Jubail.

•The sea phase of the 3-day long exercise showcased a coordinated action of both navies against asymmetric threat, anti-piracy and boarding operations, and replenishment at sea procedures.

•Weapon targeting drills were also conducted to boost synergy and inter-operability between both navies.

•The manufacture, import, stocking, distribution, sale, and use of identified single-use plastic items will be banned from July 1, 2022.

•Under the Swacch Bharat Mission, the Government is taking measures to strengthen the waste management infrastructure in the States and UTs.

•The Afghanistan government led by Ashraf Ghani on August 12, 2021, offered a ‘power-sharing’ deal to the Taliban to stop the violence and end attacks on civilians.

•The announcement of the deal came in after Taliban spokesperson Qari Yousaf Ahmadi informed that the insurgent group has captured Ghazni city in Afghanistan.

•The Taliban insurgent group has captured 10 provincial capitals in Afghanistan over the last week.

•The US, China, Russia, and Pakistan along with the Afghanistan government in the extended Doha Troika meeting aimed to resume meaningful intra-Afghan peace negotiations. The US-led foreign troops have also been withdrawn from the region.

•The Swiss State Secretariat for Migration (SEM) along with European nations – Germany and Netherlands on August 12, 2021, suspended the deportation of failed Afghan asylum seekers due to the security situation in Afghanistan.

•The SEM further said that no new decrees on expulsions will be pronounced. Only the deportation of criminals will continue.

•The decision came in after they sent a joint letter to the European Commission along with Austria, Belgium, Denmark, and Greece, warning against suspension of such deportations in fear of motivating more Afghans to migrate to Europe.

•In July, Kabul also requested that EU nations not repatriate Afghan nationals for at least 3 months. While Germany and Netherlands maintained that suspension of failed asylum seekers would trigger illegal immigration from Afghanistan.