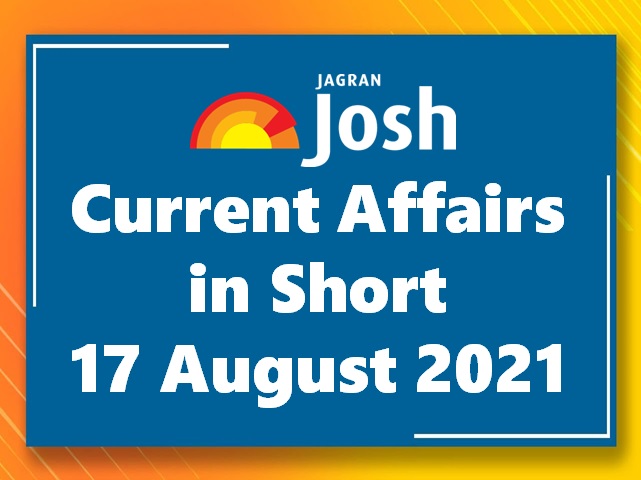 •India’s Komalika Bari became the new under-21 recurve world champion at the Youth World Championships that was held on August 16, 2021, in Wroclaw, Poland.

•19-year-old Komalika bagged two gold medals including one in the women’s individual event and another with Parth Salunkhe in the junior mixed team.

•Komalika became the second Indian woman after Deepika Kumari to achieve the title under-21 and under-18 World Championship.

•In total, India bagged a record haul of 15 medals including eight gold, two silver, and five bronze in the Archery Youth World Championships held from August 9 to 15, 2021.

•India’s largest-ever Paralympic contingent comprising 54 para-athletes from across 9 sports disciplines will be representing India at the Tokyo 2020 Paralympic Games that is set to start from August 24, 2021.

•During the video conference, Para Archer Jyoti Balyan, Para Archer Rakesh Kumar, Javelin Thrower Devendra Jhajharia, and many others shared their inspiring stories with the PM and expressed their aspiration to win medals for India.

Bangladesh turns down US request to shelter Afghan refugees

•The Government of Bangladesh has dismissed the request of the US to provide temporary refuge to Afghan citizens amid the Taliban crisis in the country.

•As per media reports, Bangladesh Foreign Minister Dr. A K Abdul Momen said the country has rejected the request from the US to offer shelter to Afghan refugees as it is already dealing with issues in providing shelter to Rohingya refugees who came from Myanmar.

•Bangladesh received the request through diplomatic channels from Washington to Dhaka.

•Earlier, on August 16, 2021, Bangladesh’s Ministry of Foreign Affairs in a statement had said that it considers Bangladesh as a potential development partner and a friend to Afghanistan. The Ministry also stated it is willing to share its best practices with Afghanistan and called on stakeholders to maintain peace in the war-torn country.

•The US State Department on August 16, 2021, eased the travel advisories for India to its second-lowest level.

•The Centers for Disease Control and Prevention (CDC) issued a Level-2 travel health notice for India, indicating a moderate level of COVID-19 in the country.

•Earlier in 2021, the US had placed India in Level-4 amid the deadly second wave of COVID-19 pandemic in the country.

•Israeli firefighters are tackling a massive wildfire in the west of Jerusalem that has scorched over 2,000 hectares of forest in the past three days.

•Authorities have evacuated approximately 2,000 residents in the nearby towns and villages as a precautionary measure. Greece and Cyprus have offered firefighting aircraft.

•Fire and Rescue Services Commissioner Dedi Simchi ascertained the cause of the fire as a human activity but if it was arson or negligence is under investigation. The dry vegetation coupled with low humidity and strong winds has added to the intensity of the wildfire.

•This is one of the largest wildfires ever in Israel, though no death has been reported so far.