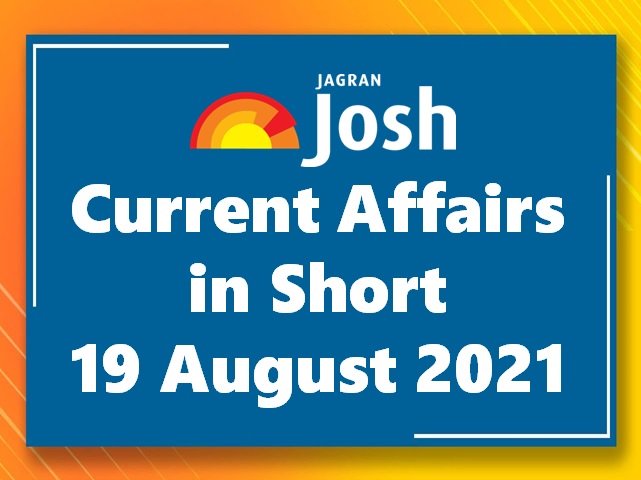 •The Indian mixed 4x400m relay team on August 18, 2021, won a bronze in the U-20 World Athletics Championships. This is India’s fifth medal.

•India reached up to finals as the second-best team overall with a record timing of 3.23.36 seconds in the heat races held before in the morning.

•The draft Amendment Rules, 2021, are available on the website of Power Ministry for public comments.

•The power Ministry stated that the amendments proposed will benefit the electricity consumers and the power sector of India overall. The power-generating companies will be presented with an option to sell power to third parties and recover their cost.

•Singh said that the DISC 5.0 will aid in achieving the goal of self-reliance. Rs 500 crores will be spent on innovation and promoting 300 startups in the next 5 years.

•Singh noted that several issues faced by the Defence PSUs, Services, and Ordinance Factory Boards are being assessed and will be presented to entrepreneurs, start-ups, innovators, and MSMEs in the form of DISC to resolve them.

•Singh said the Innovations for Defence Excellence (iDEX) has been successful at bridging the gap. iDEX4fauji, a similar initiative provides the service personnel with the opportunity to showcase their talent.

•Chaff is a critical Defence technology that protects fighter aircraft from hostile radar threats. The significance of this technology is that a very less quantity of chaff material is required as decoys to deflect enemy’s missiles.

•Indian Air Force has begun the process of inducting the Chaff technology after successful trials. Defence Minister termed this indigenous development by DRDO, IAF, and the industry as a step towards ‘AtmaNirbhar Bharat’ in strategic Defence technologies.

•The smog tower will clean 1,000 cubic meters of air every second and reduce PM 2.5 and PM 10 levels in Delhi, said Rai.

•The smog tower has been built for Rs 20 crores. If the smog performs satisfactorily, then similar smog towers will be set up throughout Delhi.

•The scientists at the Delhi Pollution Control Committee will accordingly assess the tower’s performance and submit a monthly report.

•The Central government is also building a similar tower in Anand Vihar. These towers are being set up after the Supreme Court ordered both the Delhi govt and Central govt to immediately install smog towers in Delhi.