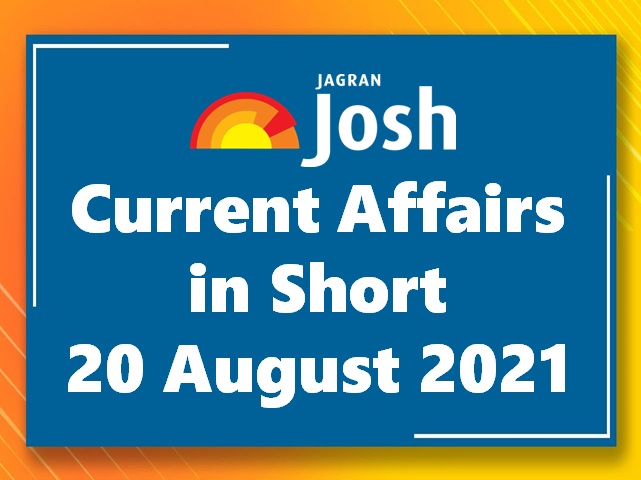 •India’s track and field athlete legend PT Usha’s coach OM Nambiar passed away in Kozhikode on August 19, 2021, due to an age-related illness. He was 89 years old.

•Nambiar was born in Kannur, Kerala. He was a champion athlete at Guruvayurappan College in Kozhikode. He earned his coaching diplomas from the National Institute of Sports in Patiala.

•Nambiar was among the three participants of the first Dronacharya Award in 1985. He was awarded Padma Shri in 2021.

•Nambiar coached PT Usha, India’s track and field athlete legend. PT Usha termed the passing of her guru as a personal huge loss in a tweet.

•A video floating around the internet showed at least three Afghans falling from the C-17 Globemaster aircraft soon after the takeoff. They were holding either to the undercarriage or the landing gear of the C-17 and the massive G-Force exerted during the takeoff flung them out.

•Thousands of Afghans are trying to flee Kabul on aircraft since the Taliban took over Afghanistan on August 15, 2021.

•Turkish President Recep Tayyip Erdogan called on other European countries to take responsibility for Afghans escaping the Taliban-captured Afghanistan. Ankara has no obligation to be a ‘Europe refugee warehouse’, said Erdogan.

•Erdogan stated that Turkey has registered approximately half of the ‘irregular’ migrants from Afghanistan in the past three years.

•International organizations have issued urgency to countries to act quickly to expedite visas, offer emergency evacuation and resettlement, safeguard those at risk and cease all deportations to Afghanistan.

India, US discuss ways to boost trade over phone

•Just a day after Commerce and Industry Minister Piyush Goyal announced that the India-US trade pact is off the table, US Ambassador to India Atul Keshap spoke with Goyal for over two hours over the phone to discuss ways to increase trade between the two countries.

•Keshap in a tweet said he had a productive exchange with the Indian Commerce minister on how US-India trade can and should attain the $500 billion vision set by POTUS.

•Commerce and Industry Minister Piyush Goyal during an industry event on August 19, 2021, said that the India-US trade pact is off the table for now as the US administration has conveyed that it is not interested in a free trade agreement.

Taj Mahal to reopen for night viewing from August 21

•The Taj Mahal will reopen on August 21, 2021, for night viewing after being shut down for more than a year, officials said.

•The Taj Mahal was closed on March 17, 2020, after the first lockdown due to COVID-19 in the country was announced.

•The monument will be allowed for night viewing on August 21, 23, and 24 and is closed every week on Friday.

•Visitors can book their tickets a day in advance from the Archaeological Survey of India (ASI)’s office counter on 22 Mall Road in Agra.