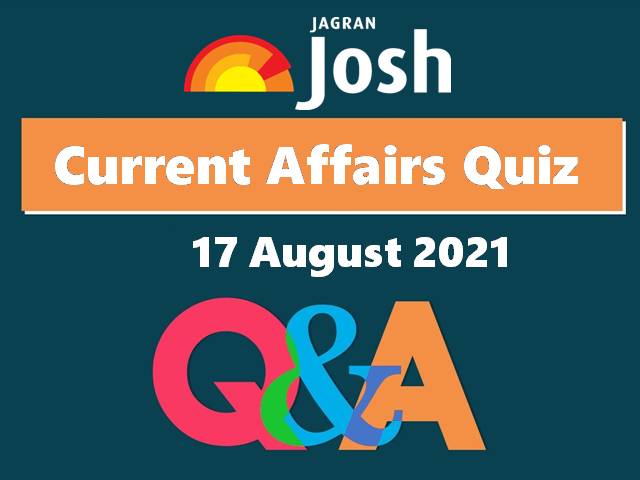 1. Which nation announced a snap national lockdown after one locally transmitted COVID case was detected in the nation in six months?

3. The world’s second largest refurbished gene bank has been established in which nation?

4. What is the reading of RBI’s first financial inclusion index 2021?

6. Komalika Bari has become the new under-21 world champion at the Youth World Championships in which sport?

7. The death of Cherishterfield Thangkhiew has caused upheaval in which north-eastern state?

A quick-spreading wildfire broke out in France on August 16, 2021, about 100 km from the Mediterranean City Toulan, has already razed more than 3,500 hectares of forest and scrub land as of the morning of August 17.

Komalika Bari has become the new under-21 recurve world champion in archery at the Youth World Championships in Wroclaw, Poland on August 15, 2021. India’s Junior recurve archers also bagged gold in the men’s and the mixed team event.

The death of Cherishterfield Thangkhiew, a former militant of the outlawed Hynniewtrep National Liberation Council (HNLC), during a police operation, has caused upheaval in Meghalaya. The state’s capital, Shillong witnessed arson, stone pelting and vandalism on August 15, 2021 and has been put under curfew till August 18, 2021.

The International Cricket Council (ICC) on June 29, 2021 confirmed that the ICC Men’s T20 World Cup 2021 will be staged in the UAE and Oman due to the current COVID-19 situation in India. The tournament will be held from October 17 till November 14 across three venues primarily- Sharjah Stadium, Sheikh Zayed Stadium in Abu Dhabi and the Dubai International Stadium.