Darki hill while doing illegal mining in Mandi: One death and one injured due to being buried under debris in an accident in Karsog, the body was retrieved with the help of JCB 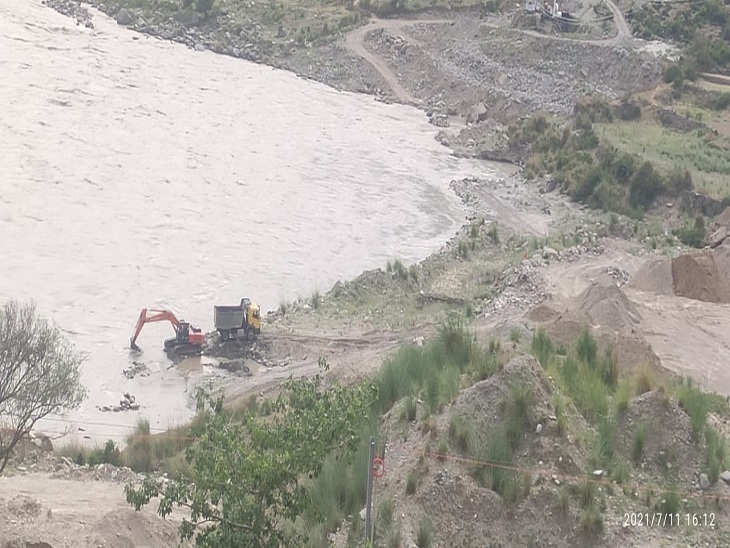 The man buried under the rubble was rescued from the JCB after the hill was cracked by illegal mining.

She cracked while illegally extracting sand from a hill on the Rampur roadside in Karsog in Mandi district of Himachal Pradesh. After this, one person died due to being buried under the debris. At the same time, another person has been seriously injured, who has been referred to IGMC Shimla for treatment.

It is being told that late night two people were doing illegal mining from the hill. Suddenly the hill of sand cracked and two people got caught in it. Both were pulled out of the rubble with the help of JCB. After this both were rushed to Kumarsen Hospital, where doctors declared one person brought dead.

The other has been referred to IGMC Shimla after first aid. Tehsildar Karsog Rajendra Thakur said that the accident took place due to the hill breaking near Phirnu, in which one person has died. The deceased has been identified as Nandlal age 57 years resident Firnu. The injured person is Ramakrishna resident Tevan.