Death toll in Kinnaur land slide rises to 28: Three more bodies recovered from rubble on day 7; The search operation will continue for two more days in Nigulseri, will continue only if the dead body is found. 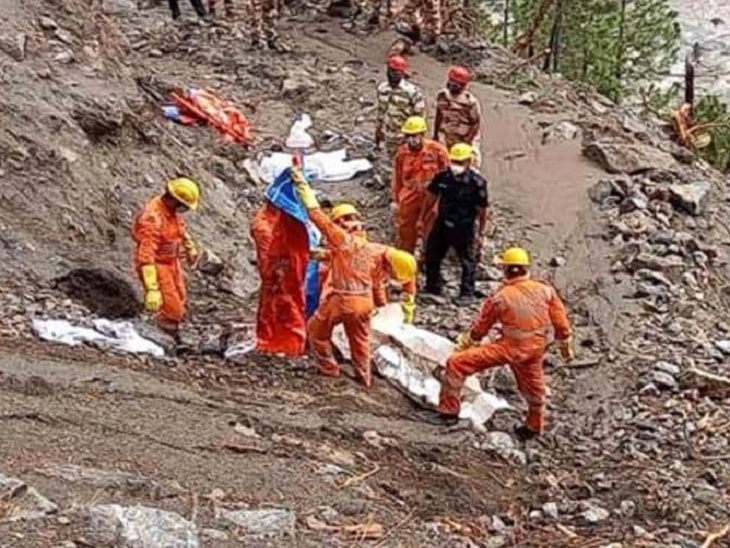 The death toll in the land slide accident at Nigulseri in Kinnaur district of Himachal Pradesh has risen to 28. Three more bodies were recovered on Tuesday, the 7th day of the accident. It is being said from the administration that all those bodies who had told the missing report of their families have been recovered. In such a situation, now a search campaign will be conducted here for the next 2 days. If no body is recovered in these 2 days, then the search operation will be called off.

Several vehicles, including an HRTC bus, were buried under debris due to a landslide near Nigulseri in Kinnaur on August 11. 13 people were taken out alive by the rescue team within a few hours, but despite that many people were reported buried here. Then a 7-day search operation was conducted here with the help of fire department personnel including ITBP, NDRF, Army, local police and Home Guard jawans. The process of finding dead bodies went on daily.

Search campaign will run for 2 more days
DSP Bhavnagar Raju said that the bodies of those who were reported missing have been retrieved. Despite this, the search operation will be conducted for 2 more days. Because it has been said about having more passengers in the bus. In such a situation, there is a possibility that more people may be buried under the debris here. If no body is found for two days, the search operation will be called off. He said that on Tuesday, three bodies were found trapped in the middle of the ditch.

Time taken to find HRTC bus
The DSP said that the debris was huge. The rescue team engaged in relief and rescue work took a long time to find the HRTC bus. The bus was hit by the debris and fell into the ditch. On August 12, when the rescue team launched a search operation after landing in the ditch at 4 in the morning, they found parts of the bus there. After this it was confirmed that the bus has reached the ditch. Soon after, the process of finding dead bodies also started. Many bodies were completely mutilated.