Defection started before elections: Bhikhabhai Lakhani, a textile businessman who was in BJP for 16 years, joined AAP along with 300 supporters 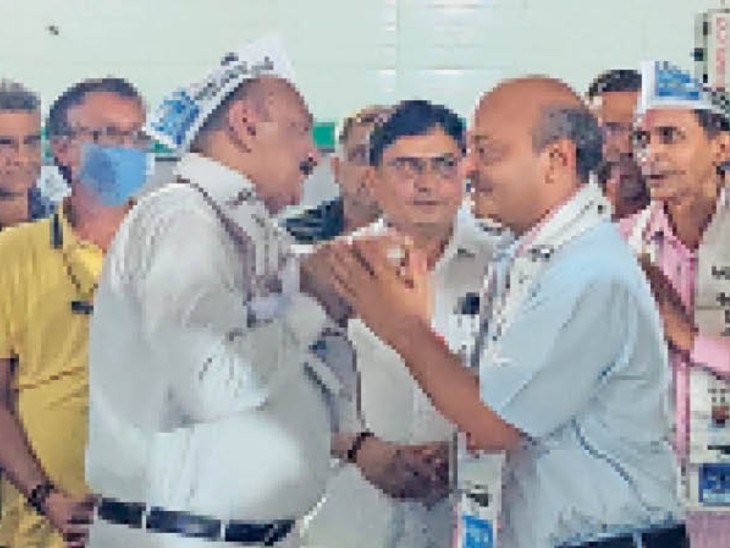 Bhikhabhai Lakhani, who was in the BJP for the last 16 years, joined the Aam Aadmi Party (AAP) along with 300 of his supporters at an event organized on Monday night. Bhikhabhai is a cloth merchant. He has also been the president of Kisan Morcha of Ward No.-3 from BJP worker. He is also considered close to Anandiben Patel. Whenever Anandiben used to come to Surat, she used to visit his shop. Mahesh Savani made Bhikhabhai join AAP by wearing a party cap.

On this occasion, in a program organized in the Wadi of Shyamdham Society located in Nana Varachha, AAP’s State Organization Minister Manoj Sorathia claimed that after winning 27 councilors, the BJP’s page committee members, 3000 workers including the ward chief joined AAP in the last 6 months. have been He said that I stay in Surat 3 days a week. During this time I meet diamond and textile merchants.

Along with Bhikhabhai, many of his industrialists, builders and doctor friends also joined you.
AAP’s state organization minister Manoj Sorathia said that there is fear among diamond and textile traders about the BJP, so they are not coming out openly. Yet he has assured that he will help AAP in the elections.
Bhikhabhai Lakhani is a cloth merchant. They have to serve the people, that’s why they are associated with you. Bhikhabhai Lakhani was joined by his friends builder Ashwinbhai Jogani, Yogeshbhai Chowatia, Parikishan Sonani, Jatin Virani, Praveen Hirpara, Kishan Jogani, Dr. Chirag Shah, industrialist Vishnu Patel.