Devil turned step mother: The son for whose upbringing the father had married for the second time, the same mother killed the son for money and also burnt the dead body 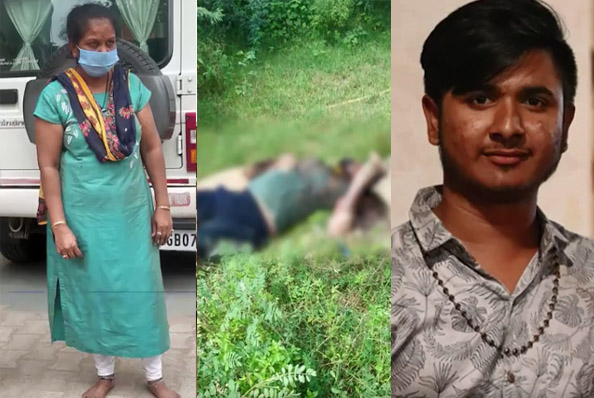 After killing her son, she herself filed a missing complaint.

This case of murder of relationships for money has come to the fore in Ahmedabad. Where, a stepmother killed the young son and burnt his dead body. However, the police solved the mystery of this blind murder and now the mother is behind the bars. The police have also arrested three of her acquaintances involved in the crime, including the woman.

what is the matter
Hardik Rajnibhai Patel, 23, a resident of Kanbha police station area, had gone missing on Wednesday. When the police started the investigation, the needle of suspicion stopped directly on Hardik’s stepmother Gauri. After gathering solid information, when the police arrested Gauri and questioned her strictly, she confessed her crime.

Accused Gauri had earlier killed her real son as well.

Three acquaintances were called from Maharashtra for the incident
Gauri told during interrogation that he had called three of his acquaintances from Maharashtra to kill Hardik. The trio had reached Ahmedabad on Wednesday morning and all three had strangled Hardik to death at home. After this, the four waited for darkness and at midnight, after filling the sack in the sack, the dead body was taken to a secluded place and set it on fire. After this, the three acquaintances returned to Maharashtra after taking money from Gauri.

was murdered
Revealing the reason behind the incident, Gauri said that she had borrowed Rs 30 lakh from some people in the name of son Hardik for her luxuries. When Hardik came to know about this, he quarreled with Gauri and asked to return the money. Due to this, Gauri made a plan to kill him and carried out this incident.

Years ago she had also killed her real son.
One surprising thing in this case is that Gauri has already killed her real son. This information has been received from Maharashtra Police that Gauri is also married for the second time to Hardik’s father. She had a son from her first husband, who was murdered by Gauri in anger. Gauri was also in jail for many years for the murder.