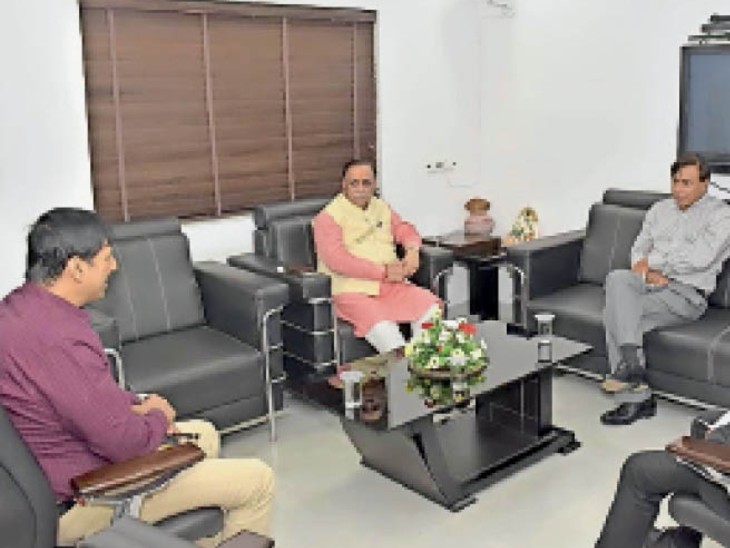 Steel King and ArcelorMittal Group Chairman Lakshmi Mittal and CEO Dilip Uma had a good meeting with Chief Minister Vijay Rupani on Friday. In this meeting with the Chief Minister, he has shown commitment to invest 50 thousand crore rupees for the expansion of his unit near Hazira Plant in Surat. He has expressed his willingness to invest a total of 1 lakh crore in the coming days.

Investments will be made in Solar Energy, Wind Energy and Hydrogen Gas Sector: Apart from this, Lakshmi Mittal said in the meeting with the Chief Minister that in the coming times, it has been decided to invest Rs 50,000 crore of his group in solar energy, wind energy and hydrogen gas production sector. He also said that he is willing to invest a total of one lakh crores in Gujarat in the coming days. Responding positively in this context, Chief Minister Rupani assured the necessary help by the state government and thanked them for the investment.

Mittal praised CM’s work during Corona period
Lakshmi Mittal did not allow the pace of development of Gujarat to be put to a halt even during the Corona period under the guidance and vision leadership of Chief Minister Vijay Rupani and appreciated the work done even in the time of Corona epidemic by keeping the industries together. Additional Chief Secretary to the Chief Minister MK Das was also prominently present at the time of this auspicious meeting.

Here, 178 years old Madhupura market will shift in Adalaj
The decision to shift the 178-year-old Madhupura Market to Adalaj in Gandhinagar district has been taken by the old Madhupura trader Mahajan Mandal. This market will be started in a plot of 50 thousand acres of land in Adalaj.

The market will be constructed in two phases, in which 120 shops will be built in the first phase and other shops in the second phase. At present, the process of land for market and warehouse and permission from the government is going on. Hiten Shah, the head of the old Madhupura merchant Mahajan Mandal, told Bhaskar that Madhupura Market has been established in the central part of Ahmedabad since the year 1843.