Due to the weather or the indifference of the government: Despite increasing the horticulture sector in Himachal, apple production is decreasing, CAG report revealed – Horticulture department working without master plan for 5 years 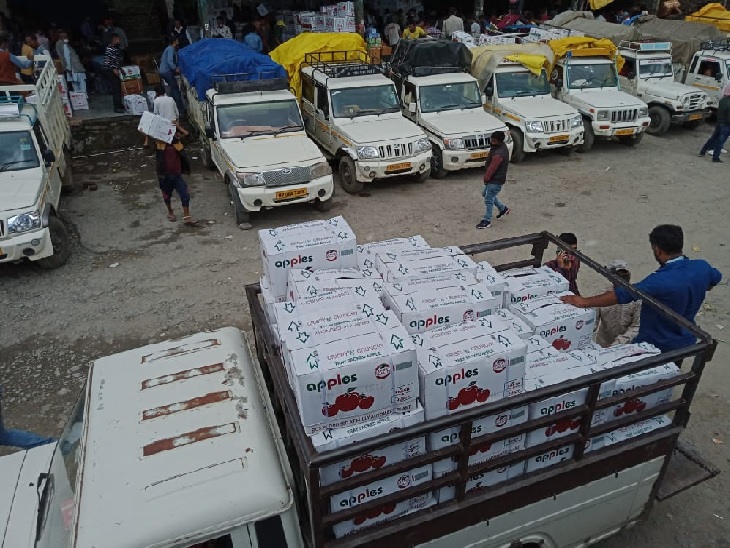 Himachali apples are supplied to every corner of the country. Its yield decline is a matter of concern.

Himachal Pradesh may be considered a better state for apple production, but the ground reality is telling something else. Horticulture area in Himachal Pradesh has increased by 0.8 hectare in the last 5 years. But the production is decreasing year after year. Be it apple or other kernels, the production in the horticulture sector is continuously decreasing in Himachal. This has been revealed in the CAG report of Himachal. The report states that it has not been given due importance by the state government. The Horticulture Department was working without a master plan for the last 5 years. Apart from this, hailstorm and climate change are also reducing the production of fruits.

According to departmental data, the horticulture area in Himachal was 2.24 lakh hectare in the year 2014-15, but it increased to 2.32 lakh hectare in 2018-19. At the same time, production has fallen by 2.57 lakh metric tonnes in these 5 years. According to departmental officials, the main reason for the decrease in production is the drought condition. The production of fruits is also decreasing due to hailstorm and climate change. Fruit cultivation in the state is mainly done under rain fed conditions. In such a situation, if it does not rain on time or if it rains more, then the fruits get damaged. It has not been given due importance by the state government. The Horticulture Department was working without a master plan for the last 5 years.

Revealed in the CAG report – the state government did not give due importance to the horticulture sector
In its conclusion in the CAG report, it has been concluded that the Horticulture Department is an important part of the economy of the state of Himachal Pradesh. It has not been given due importance by the state government. The Horticulture Department was working without a master plan for the last 5 years. Not only this, it has also been said that the data collection techniques of the department were not reliable.