Eclipse on Garba: This time also the clouds of confusion hovering over the Garba event, many big organizers decided not to hold the festival 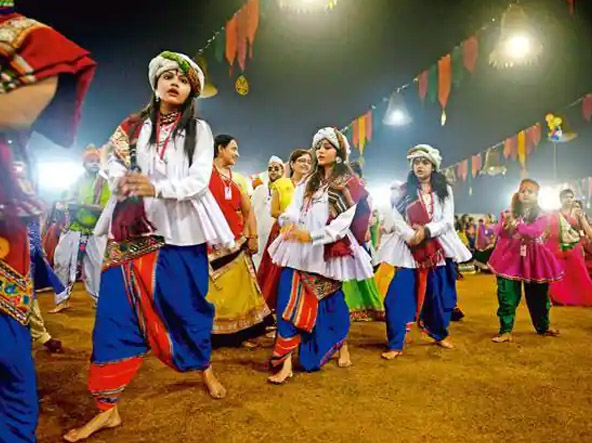 Keeping in mind the preparations of the government and the indications of experts regarding the third wave of Corona, this time also an eclipse is seen on the Rasotsav of Navratri. Many big organizers have decided not to do Garba Rasotsav this time, while some are still waiting for the government to issue instructions in this regard.

Garba Rasotsav, which has become a special identity of Gujarat, is also hovering after confusion this time. It is not yet decided whether the event will take place or not. Although some organizers have already shrugged off the event, some are waiting for the government’s instructions.

The condition and direction of the whole world has changed due to the corona epidemic for the last one and a half years. After the intensity of the second wave in the state, gradually the conditions have started returning to normal. From school-college to market, the market has started returning to normal. Despite this, the threat of a third wave is not over yet. Apart from taking precautions about this apprehension, the administration is focusing on preventive measures.

On the other hand Gunbhai Delawala of Sargam Club, which organizes nearly decade-old Sargam Gopi Ras and Kanaiyanand Rasotsav of Rajkot, said that the safety and health of the people is of paramount importance. In view of the recent conditions, it would be advisable to postpone Garba. Therefore the club will not organize the Rasotsav this time. Surendrasinh Vala, the organizer of the Sahiyar group, said that the second wave was extremely dangerous, a large number of people have lost their families.

According to the opinion of experts, it would not be appropriate to organize any big event regarding the fear of third wave. This is likely to endanger the health of the people. Therefore the group will not organize Rasotsav this time. Traditional Rasotsav is organized every year in Rajkot on behalf of caste, community and various organizations.