Estimated loss of Rs 45 lakh: The grocery shop burnt down in Bakain at night 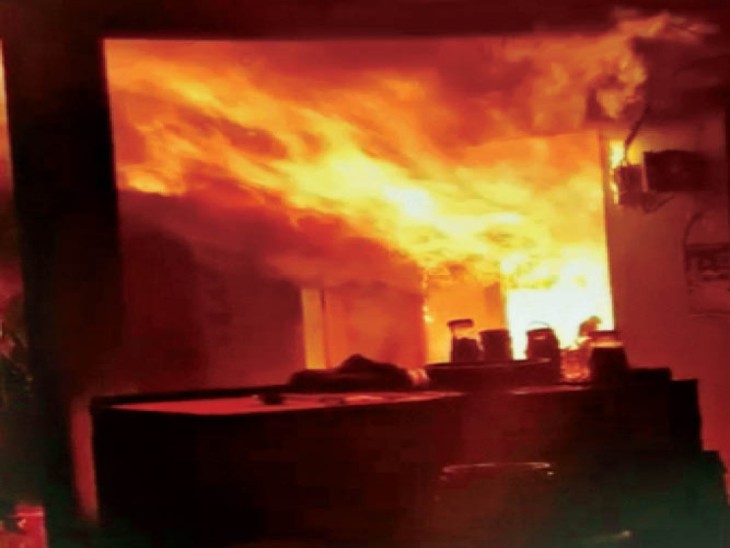 A sudden fire broke out at midnight in a shop in Bakain village of Kalol Panchayat of Kotdhar area. Seeing the flames and smoke coming out, people gathered there. He informed the fire brigade as well as started efforts to control the fire. All the efforts of the people in front of the high flames failed. Eventually the fire brigade put out the fire, but by then everything had been destroyed. The loss is estimated to be around Rs 45 lakh in this fire incident. The police is investigating the matter.

According to the information, Rakesh, a resident of Kalol, shops in Bakain. Mainly in this grocery shop, he had kept almost every item like mobile, laptop, stationery and cold drinks according to the need and demand of the people. The shop also had 4 large refrigerators. Last Saturday at midnight, some people of Bakain village saw smoke and flames coming out of his shop. On this a large number of people gathered from around there. He also called Rakesh and informed about it. As soon as he got to know, he immediately reached the spot. The fire brigade was also called. Until he did not come, people started trying to put out the fire themselves, but they could not walk in front of the high flames. The fire brigade vehicle from Jhanduta reached the spot and doused the fire, but by then everything had been burnt to ashes. Despite this, smoke continued to emerge from the shop till Sunday morning.

Rakesh is estimated to have suffered a loss of about Rs 45 lakh in this incident of fire. He had built the business with hard work, but the fire took away everything. Prima facie the cause of the fire is believed to be an electrical short circuit. On the other hand, Ghumarwin DSP Anil Thakur said that a police team from Talai police station reached the spot as soon as the fire broke out in the shop in Bakain. The cause of the fire is being investigated.