Everyone got both doses of the vaccine in Kinnaur: Kinnaur is the first district in the country to achieve such a feat, the rapidly spreading Delta + variant was not found in the state 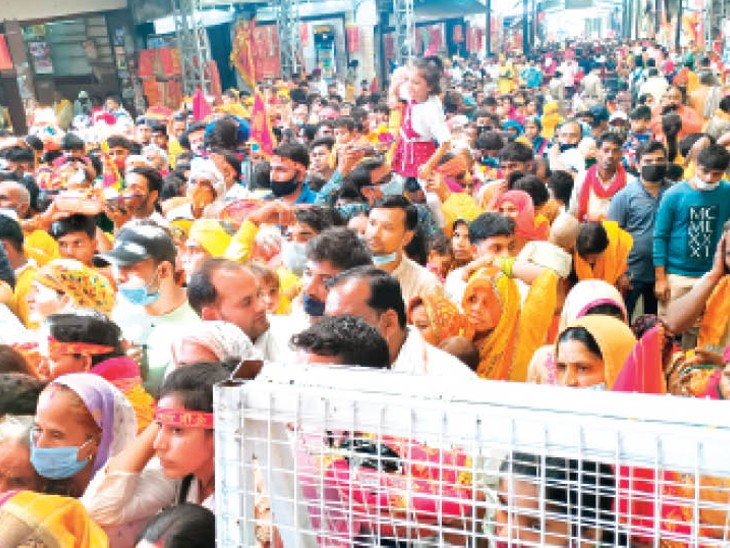 There was such a crowd in the volcano on Wednesday.

This has been revealed in the sample report of the Health Department. The department had sent samples to Delhi for examination a few days ago to find out the new variant of Karena infection in the state. Its report has been received by the department. The rapidly spreading Delta Plus variant has not been found in the state. The report found Delta in 5 districts, UK in two districts and another variant in one district.

More outbreaks of infection in Hamirpur, Kangra, Chamba
Delta infection has been found in Hamirpur, Salen, Kangra IHBT, Chamba and Nahan in the report. In this, the maximum number of 14 cases have been found in Hamirpur, 13 in Kangra, 11 in Chamba, three each in Salen and Nahan. Similarly, another variant of UK strain has been found in Kangra and 3 in Chamba, another variant in Salen. To find out the increasing cases of Karena in Hamirpur, samples were filled to find out the new variant, in which it is now clear that due to the delta variant, cases are increasing here, so it is very important to take precaution with the people. .

people have to follow the rules
The threat of second wave of Karena is still not over in the state. There is still a danger of delta variant in many districts of the state. Even though people have got the vaccine of Karena, but still there is a great need to avoid the danger of delta variant. It is a matter of relief that no new variant has been found in the report from Delhi.
Hemraj Berwa, Mission Director NHM