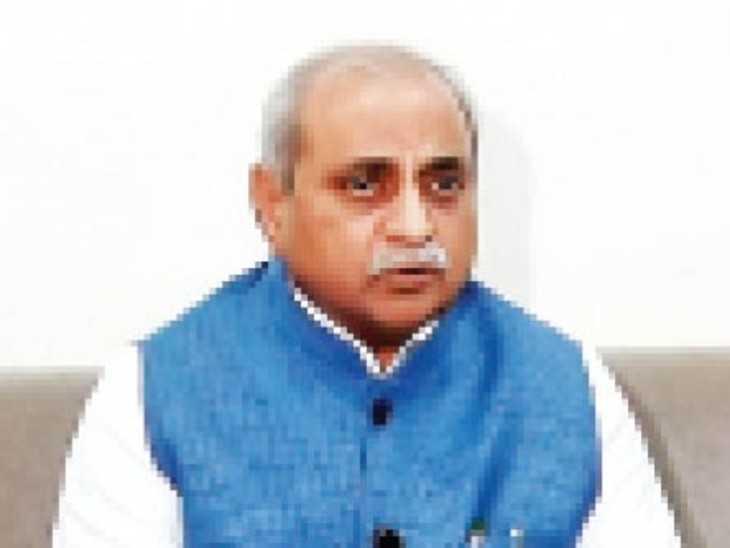 Deputy Chief Minister Nitin Patel had announced to provide water from dams for irrigation of farmers.

Monsoon has stopped in the state. At present, the state has received 50 per cent less rainfall. Farmers are worried due to lack of rain. The farmer class is dependent on electricity for water for irrigation. On the other hand, the water in the state’s reservoirs has also increased by about 30 percent. In such a situation, the government is taking a U-turn by announcing to save the crops of the farmers. Recently, in Gandhinagar, Deputy Chief Minister Nitin Patel had announced to provide water from dams for irrigation of farmers by holding a press conference.

After his announcement, there was hope among the farmers, but on the occasion of Independence Day in Godhra, Nitin Patel has taken a U-turn. There will be more water in the dam then only water can be made available for irrigation. The Deputy Chief Minister had made such an announcement that irrigation water would be released from the dam to save the Kharif crop. If water is released in the dam, a total of 5 lakh hectares of land in the state will get the benefit of irrigation water. After the Deputy CM took a U-turn on his announcement, there has been an increase in the concern among the farmers.

Dam empty due to less rain this year
The state has received less rainfall this year due to which the condition of the dam is also worrying. Due to which the farmers are worried due to the crisis in Kharif crop. Regarding providing irrigation water in Godhra on Independence Day, Deputy Chief Minister Nitin Patel said that the batch of water stored in the dam would be kept in reserve for drinking water.
Irrigation water will be available only when the dams have the required batch of water. At present, only 30 to 35 per cent of the dams in the state hold water. Deputy Chief Minister Nitin Patel said that a batch of water will have to be kept in reserve for the whole year, after which additional water can be given for irrigation.

Deputy CM had made such an announcement for the farmers
Irrigation water will be available from 88 dams out of 141 dams in Saarashtra. As a result, 60 thousand hectares of land will get benefit. 15 thousand hectares of land will get water from Dharoi Dam. It was decided to make available 6 thousand cusecs of water for irrigation from Kadana Dam in central Gujarat. Out of 11 dams including Panam, it was announced to provide irrigation water to 2.10 lakh hectares of land. The farmer class was happy due to this Kisan Lakshya announcement of the state government, but now the government has taken a U-turn in this matter.