Farmers upset with the system: 50 farmers of Hingoli district wrote a letter to the CM seeking permission to become Naxalites 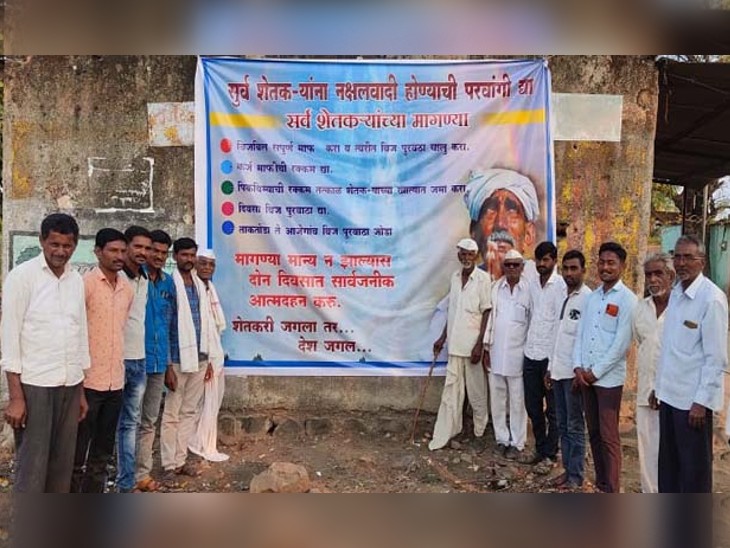 These farmers have sent their letter to the Chief Minister through the Tehsildar of Sengaon.

50 farmers of Sengaon taluka of Hingoli district of Maharashtra have written a letter to Chief Minister Uddhav Thackeray seeking permission to become Naxalites. These farmers have sent their letter to the Chief Minister through the Tehsildar of Sengaon. In their application, the farmers have written that we are not earning, the crop has been ruined, so we should be allowed to become Naxalites.

The farmers wrote this in their application
In this application sent by the farmers, it is written that this year due to excessive rains and floods, agriculture has been completely destroyed. Soybean. The crops of tur, cotton, urad, moong got rotten. The Kharif crops got spoiled due to the havoc of nature, while the Rabi crops would get spoiled due to power cut by the electricity department of the government.

The farmers have further written, ‘The electricity used for irrigation in the fields of farmers is being cut off by Mahavitaran, the power supplying organization in Maharashtra. Farmers say that they are ready to pay the electricity bill, just asking for some time. But the officials of Mahavitaran are not ready to listen to them. With one hand the government is giving help to the flood affected and with the other hand it is withdrawing money in the name of recovery of electricity bills. In such a situation, what will the farmer eat, what will he plant in the fields for the next crop? Farmers are getting ruined.

The farmers have further written that we have become completely frustrated by this. There was no income. What if a farmer does it? Only the Chief Minister should suggest a solution or give permission to become a Naxalite. This application of the farmers has been signed by more than 50 farmers of this Taktoda village of Sengaon taluka.