Fear of Afghan students in Pune: Said- the killing of women will start again with Talibani rule in Afghanistan, do not want to return to their country 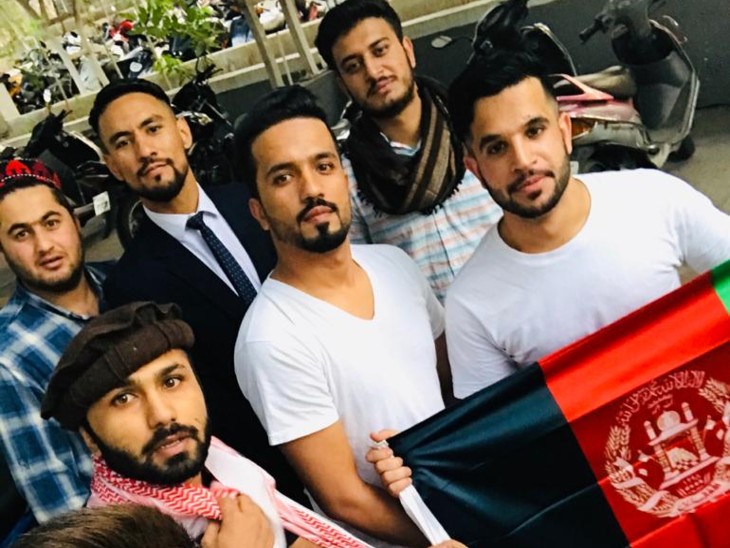 The Taliban may be talking about changing themselves, but Afghan students living in Pune are not ready to believe that they have changed.

The Taliban have taken the reins of power in their hands, capturing almost the whole of Afghanistan. The return of the Taliban after almost 20 years has created an atmosphere of fear not only in Afghanistan but also among the students of Pune living several thousand kilometers away. The Taliban may be talking about changing themselves, but Afghan students living in Pune are not ready to believe that they have changed. These students fear that again the massacre of women and educated people may start on the streets in Afghanistan.

26-year-old Muzamil Sabir, who studied Politics and Public Administration at Pune’s Savitribai Phule University (University of Pune), hails from Kunduz province in Afghanistan. His father has a good business there. Muzamil has been living in Pune for three years.

Muzamil told that Kunduz has been captured by the Taliban. Talking to the family members is happening, but they are locked in their homes for the last 5 days. There only the sound of vehicles, gunfire and ambulances running on the roads can be heard. There is a sound of firing even at night, due to which the scared family members start crying on seeing me on the video call. They are asking me not to come back. I am also starting to fear that maybe I will not be able to meet him now.

Muzamil Sabir hails from Kunduz province of Afghanistan and has been living in Pune for the last three years.

Taliban strengthened because of Pakistan
Muzamil tells that life in Pune is good. People here are ready to help, but the family is in trouble. Even though the body is here, my soul is still there. I am constantly worried about my family. Our government has handed us over to Taliban terrorists. The Taliban got their strength because of Pakistan. From weapons to money, he provided them.

Taliban is a liar, then the blood of women will flow on the streets
Muzamil feels that the 20-year-old kingdom of fear is about to return to Afghanistan. He said, ‘I was young, but I have seen the brutality of the Taliban. They openly used to brutalize women and educated people.

Muzamil says that many of my relatives were also killed by the Taliban. Taliban is spreading false propaganda to change itself. After being fully in power, he will again show his old form and once again there will be a massacre of women on the streets. The Taliban never changed and will never change.

Faujana hails from Wardak, Afghanistan and has been living in Pune for the last three years.

Taliban pushed back 20 years in one month
Faizana Miri, who studied in Pune University, said that we tried to correct our life for 20 years. Tried to meet basic necessities like food and when everything is fine again Taliban has come to spoil them. In the last one month, the Taliban has pushed us back 20 years. We are not broken and we will stand up again and fight against it.

Many students are unable to connect with family
Afghan Students Association, Pune President Wali Rehman Rahmani said that many students living here have lost contact with their families since Monday afternoon. Shukrulla Ahmadi (25), an MBA from a private university in Pune, said he has not spoken to his family in Afghanistan for the past three days.

away from family but safe
Ahmadi told that his family consists of mother and three elder brothers. The last time he went to his house in the year 2018. He said that the Indian government should extend the visas of those students whose stay is expiring soon as it is very dangerous to go back to Afghanistan at this time. Ahmadi said, “If we go there, we will not be safe. We are away from our families, but at least we are safe here.”

Students want to return home only after everything is fine
According to Wali, about 3,000 students from Afghanistan are studying in different institutes in Pune city. “We are urging the Indian government to extend his visa till the situation improves,” he said.

Afghan students studying in Pune University held a meeting here on Tuesday and chalked out a strategy for the future.

Students who came to India on government scholarship are most scared
Federation of International Students Associations (FISA) President Abba Oumar said, “We are trying to provide all possible assistance to fellow Afghan students.” Pune’s NGO ‘Sarhad’ has also come forward to help these students.

Sanjay Nahar, head of the NGO, said, “We have been working with Afghan students since 2007. The conditions there are very bad. In Pune, more than 3 thousand students live in different areas, many of them do jobs along with studies. About 50 percent students have come here through government means i.e. under scholarship, 40 percent students under private funding and the remaining 10 percent through other means.

Nahar said that after the second wave of Kovid in India, more than half of the students had returned to Afghanistan. Till yesterday, he was in touch with his colleagues in India, but now most of them have lost contact. This is a matter of concern for us.

If there is no government, then what will happen to the students who come on government visa?
Nahar told- Our organization has issued a helpline number (8007066900) for Afghan students. It is getting hundreds of calls every day. Most of the students are concerned about the extension of visa during their stay in India. None of them wants to return to Afghanistan.

Nahar said that we are in constant touch with the local police. We want his visa to be extended. Those who have come to India on government scholarship, they are most scared because when the government itself changes, the scholarship from its side can also stop.